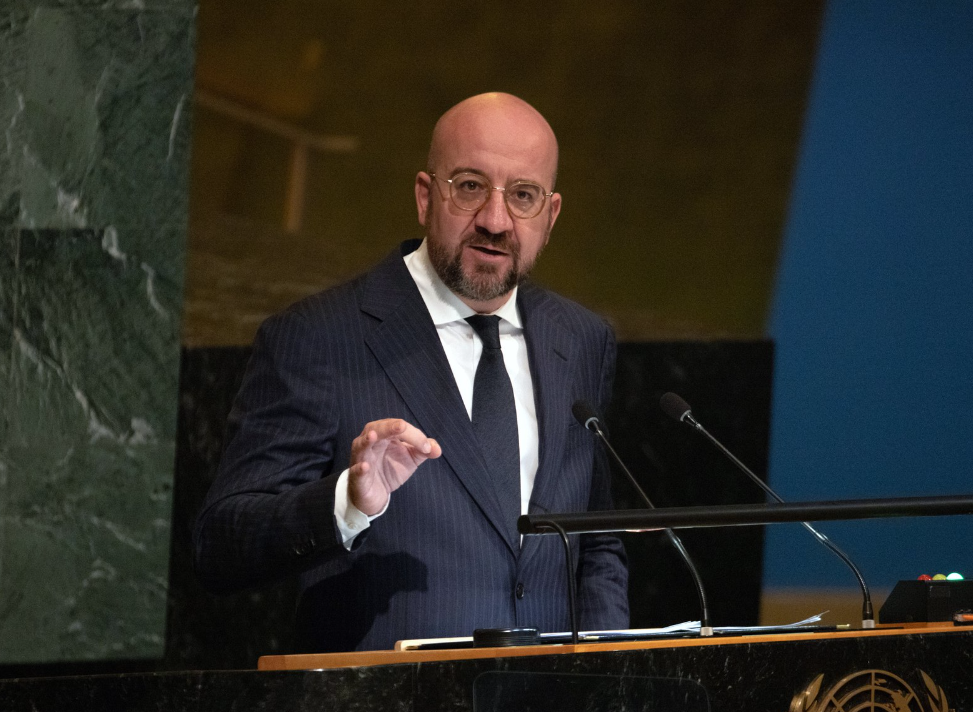 China has canceled a video message from the President of the European Council at the opening ceremony of a major trade show in Shanghai. In his speech, Charles Michel was supposed to criticize Russia's war in Ukraine and call for a reduction in trade dependence on China.
About it writes Reuters with reference to three European diplomats.

The pre-recorded video of Charles Michel was to be one of several videos from world leaders and heads of international organizations, including Chinese President Xi Jinping. Diplomats, speaking on condition of anonymity, said they were surprised at the removal of the speech.

“President Michel was invited to speak at the 5th CIIE Forum in Shanghai. As requested by the Chinese authorities, we did provide a pre-recorded message, which was not shown in the end.. We provided it through the usual diplomatic channels," Michel's spokesman Barend Leiths told Reuters.

No one from the Chinese Foreign Ministry or the co-organizers of the exhibition, the Chinese Ministry of Commerce and the city of Shanghai responded to a Reuters request for comment, the agency said.

According to the exhibition's official website, the ceremony was also attended by the Managing Director of the International Monetary Fund, the Director General of the World Trade Organization and the presidents of Indonesia, Sri Lanka and Belarus.

What was said in Michel's canceled speech
According to excerpts from the appeal provided by European diplomats, in his speech, the President of the European Council severely criticized Russia's illegal war against Ukraine and said that Europe is learning important lessons from it.. According to Michel, Europe has been overly dependent on Russia for fossil fuels, which has led to a trade imbalance.

Michel also urged China to do more to stop the bloodshed in Ukraine.

“China has a role to play in using its influence to stop Russia’s brutal war… because of your so-called “limitless” partnership with Russia. You, China, can help end this,” Michel said, referring to the pact announced by Chinese and Russian leaders Xi and Putin in Beijing before the start of the war.

Both Xi and Michel are expected to meet at the Group of Twenty (G20) Heads of State Summit in Bali next Tuesday and Wednesday. The President of the European Council is one of the highest-ranking officials of the European Union, whose role includes representing the bloc at international summits and bilateral summits with other heads of state, writes Reuters.

Since 2019, the EU has officially considered China as a partner, economic competitor and systemic rival.. The EU Foreign Policy Service said in October that Beijing should now be viewed primarily as a competitor promoting "an alternative vision of world order."