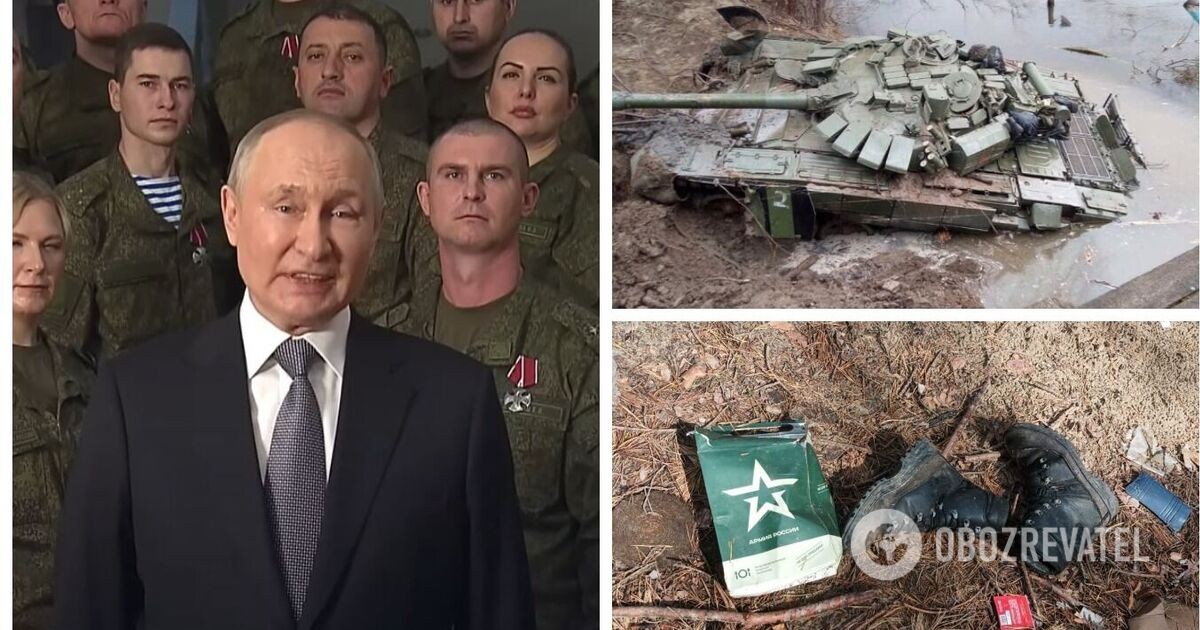 Russian President Vladimir Putin's New Year's address shows that he is not confident in his ability to shape the Russian information space and remains focused on justifying the war and its cost to his people. On Sunday, January 1, reports the Institute for the Study of War (ISW).

Analysts drew attention to the fact that the head of the Kremlin said not only that Russia has historical rights to Ukraine, but also that the independence and sovereignty of Russia depended on the restoration of control over Ukraine.

"Thus, Putin is trying to make victory in the war necessary for the continued existence of Russia as an independent state," the analysis said.

According to experts, these words were probably intended to partly justify the costly war and appeal to the ultra-nationalist pro-war community.

"Putin remains unwilling to consider a meaningful peaceful solution to the war except on the terms he dictates to Ukraine and the West.. Putin is unlikely to accept a smaller outcome unless Ukraine, with the help of its Western backers, can inflict additional large-scale defeats on Russian forces and liberate much more of its occupied land.

At the same time, Putin did not say how the Russian military is going to correct their failures in Ukraine and achieve their maximalist goals.

"The banality of much of the speech is consistent with previous ISW assessments that Putin may have delayed his annual address to the Assembly of the Russian Federation because he was unsure of his ability to shape the Russian media space amid growing criticism of his handling of the war," experts noted.

Recall that the former head of the British government Boris Johnson expressed confidence that 2023 will bring victory to Ukraine over the enemy.

President Volodymyr Zelensky addressed the Ukrainians. He summed up the results of 2022 and stated that 2023 should be a year of victory for the Ukrainian people.