Presidents of Poland and Lithuania visited Ukraine: results of the visit 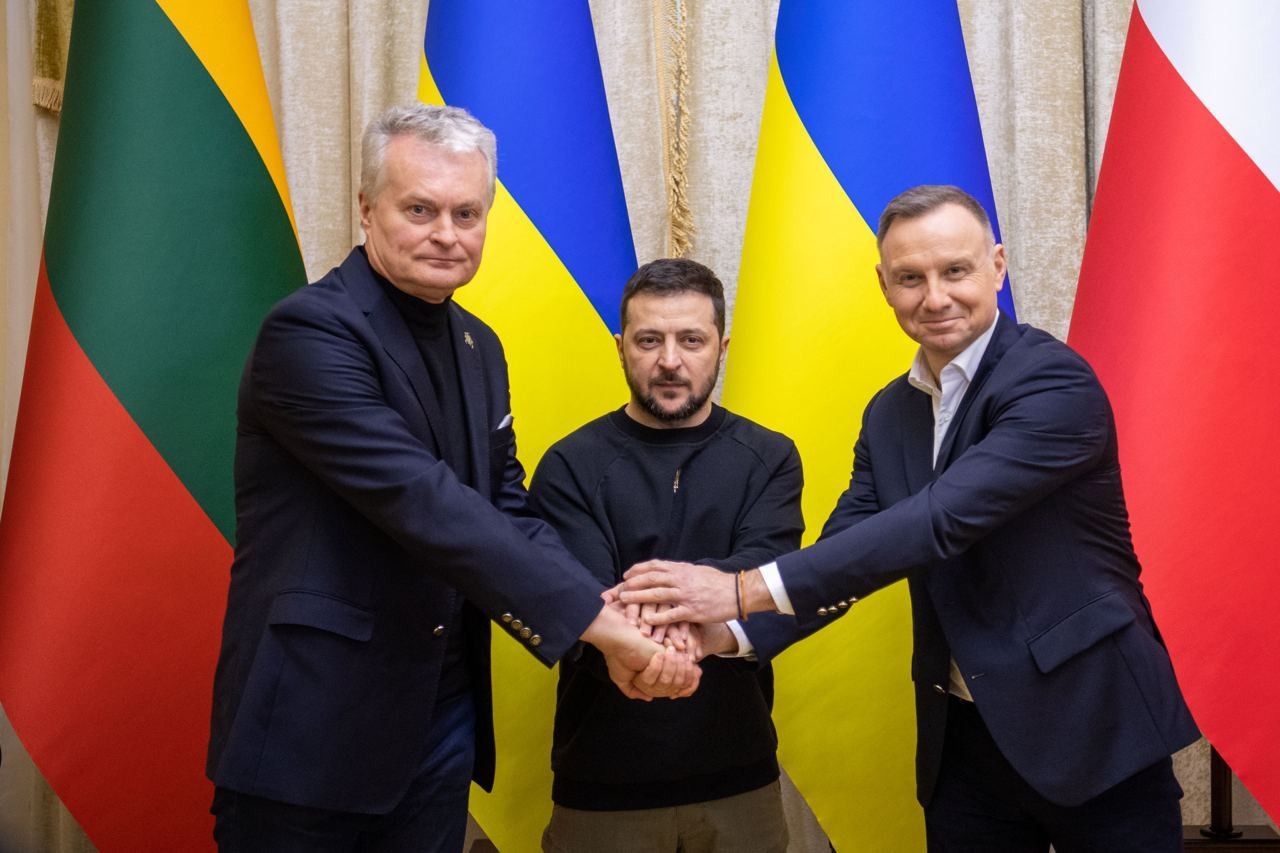 The head of Poland, Andrzej Duda, and the President of Lithuania, Gitanas Nauseda, arrived in Lviv, where they met with President of Ukraine Volodymyr Zelensky. The international visit began with a ceremony of honoring the memory of our heroes.

After that, the leaders of Poland, Lithuania and Ukraine signed a common declaration of the presidents of the Lublin Triangle.

"Today in Lviv, we - the Lublin Triangle - once again confirmed our unwavering devotion to victory over the aggressor. We will remain the only ones! Lithuania and Poland will continue to provide defense assistance to Ukraine, " Nausėda said.

Andrzej Duda said that Poland will continue to support Ukraine, in particular, in the political plane. He stressed that Warsaw will fight for Ukraine to receive the status of a full member of the EU.

"This aggression must be stopped. This is one of the biggest challenges for the entire free world. All NATO countries must support Ukraine. We see this war with our own eyes. Without our support, Ukraine will not defend itself," Duda said at a joint briefing.

As part of the international coalition of allies, including Poland, Ukraine will receive a company of Leopard tanks.

"Recently, we actually made a decision to transfer such support to Ukraine from Poland.. A company of Leopard tanks will be provided as part of the coalition," Duda said at a press conference with Zelensky and Nauseda.

He noted that the decision to form such an international coalition has already been made.

The President of Poland added that the decision to provide Ukraine with the first company of Leopard tanks, along with other types of tanks, would be provided by the member states of the coalition very soon.