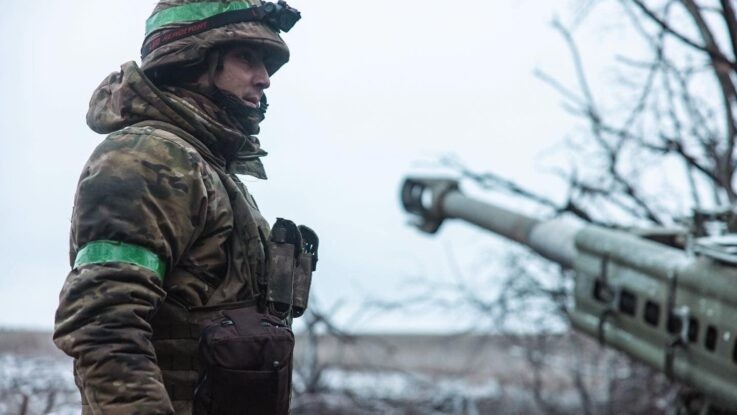 Over the past day, on January 25, the Ukrainian Defense Forces repulsed the attacks of Russian troops in areas of 10 settlements.

This was reported by the General Staff of the Armed Forces of Ukraine in the morning report from the front published on Facebook.

"Over the past day, the enemy launched 37 air and 10 missile strikes, in particular, on the civilian infrastructure of the cities of Dnipro and Zaporozhye. He carried out 97 shelling from multiple launch rocket systems, and residential buildings in Kherson were also hit. According to preliminary information, at night the enemy used 24 shock Iranian drones "Shahed-136". All of them were destroyed by the Defense Forces. There is a great danger of further Russian air and missile strikes throughout Ukraine.
Suffering numerous losses, the enemy does not stop offensive operations in the Bakhmut and Novopavlovsky directions. Conducted unsuccessful offensive operations in the Limansky and Avdeevsky directions. On Kupyansky, Zaporizhzhya and Kherson - defends. The defense forces repulsed the attacks of the invaders in the areas of the settlements of Chervonopopovka in the Luhansk region and Verkhnekamenskoe, Spirnoye, Razdolovka, Blagodatnoe, Bakhmut, Klescheevka, Marinka, Vuhledar and Pavlovka in the Donetsk region.

In the Volynsky, Polessky, Seversky and Slobozhansky directions, the situation did not change significantly, no enemy offensive groupings were found.

In the Seversk direction , the enemy fired at the areas of Leonovka, Yasnaya Polyana and Mikhalchyna Sloboda in the Chernihiv region and Construction, Volfino and Timofeevka in the Sumy region.

In the Kupyansk direction , Sinkovka, Ivanovka, Kotlyarovka and Tabaevka in the Kharkiv region and Stelmakhovka in the Luhansk region were exposed to fire.

In the Limansky direction, the enemy fired at the positions of our troops in the areas of the settlements of Makeevka, Ploshchanka, Chervonopopovka and Nevskoye in the Luhansk region and Veriginsky forestry and Yampolovka in the Donetsk region.

In the Novopavlovsk direction , the enemy shelled Bogoyavlenka, Prechistovka and Zolotoy Niva in the Donetsk region.

In the Zaporozhye direction , areas of twenty-five settlements suffered from tank and artillery fire. Among them are Vremenka, Volnoe Pole, Novopol in the Donetsk region and Malaya Tokmachka, Novodanilovka and Orekhov in Zaporozhye.

In the Kherson direction, the invaders continue to shell peaceful towns and villages. Twenty settlements were affected, in particular, Berislav, Antonovka, Dudchany, Kachkarovka, Belozerka, Novokairy, Republican and Kherson. There are civilian casualties.

Aviation of the Defense Forces over the past 24 hours inflicted 14 strikes on enemy concentration areas and 2 strikes on the positions of its anti-aircraft missile systems.

In addition, 2 enemy Su-25 aircraft, a Ka-52 helicopter, 4 UAVs of the Orlan-10 type and one of the Superkam type were destroyed.

The rocket and artillery units of the Defense Forces of Ukraine hit 1 command post, 12 areas of concentration of manpower and 4 ammunition depots of the Russian occupiers in a day.