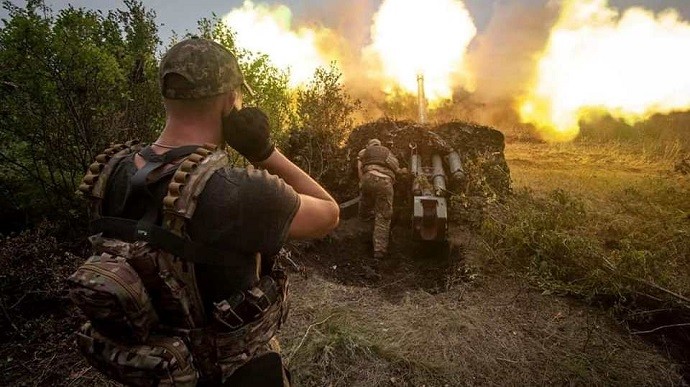 On the Kharkov, Avdeevsky, Bakhmut directions, the Armed Forces of Ukraine forced the Russian army to withdraw with losses.

This was announced by the General Staff of the Armed Forces of Ukraine in the morning report from the front as of August 3.

In the Seversk direction , the enemy fired at the positions of our troops with cannon artillery. Conducts aerial reconnaissance in the border areas of the Chernihiv and Sumy regions. The work of enemy electronic warfare equipment is noted.

In the Slobozhansky direction , the enemy is conducting military operations in order to hold occupied lines and prevent the offensive of defense forces units.

The occupiers made an advance in the direction of Kochubeevka - Dementievka, received a rebuff and retreated.

The enemy tried to conduct reconnaissance south of Mazanovka with the forces of the reconnaissance group, the invaders were discovered and neutralized.

In the Donetsk region, the enemy is concentrating its main efforts on the Bakhmut direction .

In the direction of Seversk , the enemy fired from cannon and rocket artillery, as well as tanks near Seversk, Serebryanka and Grigorievka. Conducted aerial reconnaissance of the UAV near Nikiforovka and Tatyanovka.

In the Bakhmut direction , in order to oust our units from the occupied lines, he fired artillery shelling in the areas of the settlements of Kodema, Semigorye, Maiskoye, Vyemka, Berestovo, Bakhmutskoye and Poprosnoye. Inflicted air strikes near Semigorye and Belogorovka.

The enemy launched an offensive in the area of the western outskirts of Berestovoye, had no success, retreated. The same situation is on the directions Vladimirovka - Yakovlevka and Semigorye - Kodema.

On the directions of Vladimirovka - Soledar and Pokrovskoye - Bakhmu , military operations continue.

On the direction of the Renaissance - Kodema and Dolomite - Semigorye, Ukrainian soldiers inflicted a powerful fire defeat and forced the invaders to withdraw.

In the Avdiivka direction, the enemy shelled the Avdiivka area. Tried to improve the tactical position, unsuccessfully, retreated with losses.

Due to the low level of staffing of the tank regiment of the reserve, the equipment of the military unit, which was moved to the Zaporozhye direction at the end of May this year, was transferred to the understaffing of tank battalions that are part of the 58th combined-arms army of the Southern Military District.

In order to counter the technical means of reconnaissance, the enemy deploys means of electronic warfare.

In the Yuzhnobuzhsk direction, the enemy, in order to constrain the actions of our troops, is shelling positions from tanks, cannon and rocket artillery in the areas of the settlements of Potemkino, Topolino, Knyazhevka, Velikaya Kostromka, Apostolovo, Stepnaya Dolina, Posad Pokrovskoye, Novogrigorovka, Luparokovo, Aprelskoye and Belogorka. He used aviation to strike at the area of the Plotnitskoye tract.

To clarify the position of our troops, correct fire and control the conduct of camouflage of their units, conducts aerial reconnaissance.

Continues to take measures to ensure the protection of bridge crossings across the Dnieper River.

In the Black Sea , two carriers of sea-based cruise missiles of the Caliber type are in readiness for the use of high-precision weapons.

The enemy aviation group conducts systematic combat operations in order to support the actions of ground groupings. The effort is focused on the defeat of military facilities in the Donetsk direction. Due to bad weather conditions, the intensity of aviation flights has been reduced.

Rocket and artillery units continue to carry out fire missions against strongholds, concentrations of manpower and logistic support bases of the enemy.