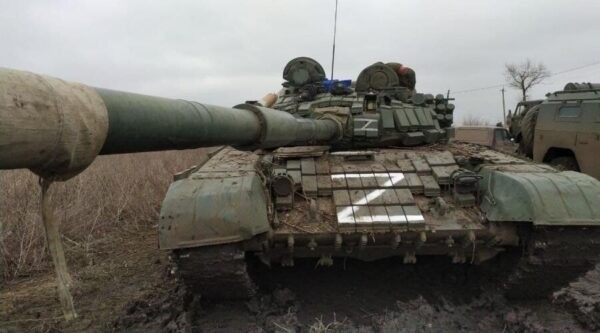 The "catch" of the Armed Forces of Ukraine in the Kharkiv region as a result of a successful counteroffensive, according to various sources, has about 200 tanks, including modern models.
Bloomberg writes about this, citing three people familiar with the situation on the battlefield.

According to one of them, about 200 tanks were captured; however, he did not specify how many of them are in working condition or can be repaired and reused at the front.. This is about half of all Russian tanks captured since the beginning of the war: the Oryx blog, which keeps track of losses in military equipment (documented cases are taken into account), estimates their number at 386.

According to another Bloomberg source, the T-80 series tanks are among those at the disposal of the Armed Forces of Ukraine - this is a newer model than the T-60 and T-72, which the Russian army is increasingly using due to the large losses in equipment suffered since the beginning of the war. .

Some military experts even point out that the newest Russian tanks of the T-90 series could have been “captured”. Rob Lee, a senior fellow at the US Institute for Foreign Policy Studies, posted photos of a T-90M tank on Twitter with the comment: "Looks like Ukrainian troops have captured the first Russian T-90M tank."

This is the most modern modification, for the first time it was presented to the public at the international military-technical forum "Army-2018".

According to Igor Levchenko, head of the strategic modeling section of the New Geopolitics analytical center in Kyiv, during the counteroffensive in the Kharkiv region, Ukraine got almost 100 tanks that are more or less in working order. But this does not negate the need for the supply of Western weapons. Even taking into account the trophies of the Ukrainian army, which now has about 1 million people, many more — “hundreds,” according to Levchenko — tanks and armored personnel carriers are needed to form units that can participate in hostilities.

To end the war, Ukraine “needs modern weaponry, including tanks made in the US and Germany,” insists Mykhailo Podolyak, adviser to the head of the Ukrainian president’s office:

Soviet tanks produced in the 1950s - 1980s. cannot compete with the Abrams and Leopards.
Some observers point out that events in Ukraine indicate that tanks are becoming obsolete weapons, explaining this, among other things, by the successful use of man-portable missile systems such as Javelin in Ukraine, Lee writes.. But it's too early to write off tanks, he said: events in Ukraine and Nagorno-Karabakh show that they are still critically important in modern warfare. Large Russian casualties are attributed to tank mismanagement, poor planning and preparation, and inadequate infantry support, Li said.