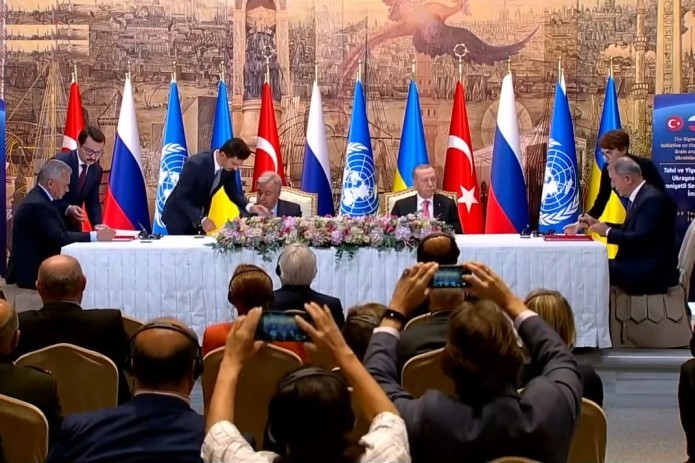 An agreement was signed in Istanbul on unblocking Ukrainian ports for the export of grain. At the same time, Ukraine did not sign any documents with Russia.
The document is called "Initiative for the safe transportation of grain and food from Ukrainian ports."

The agreement provides that the control of the ports "Odessa", "Chernomorsk" and "Yuzhny" remains entirely with the Ukrainian side. The presence in these ports of other vessels, except for those that are supposed to ensure the export of grain and related foodstuffs and fertilizers, is not provided.

The document does not provide for the easing of sanctions against Russia. The deal is valid for 120 days with the possibility of extension. There will be no military escort of cargo. Vessels that will go to Ukraine will be inspected in detail for the presence of weapons. Representatives of Russia will also be involved in the review. The grain export routes have already been agreed upon.