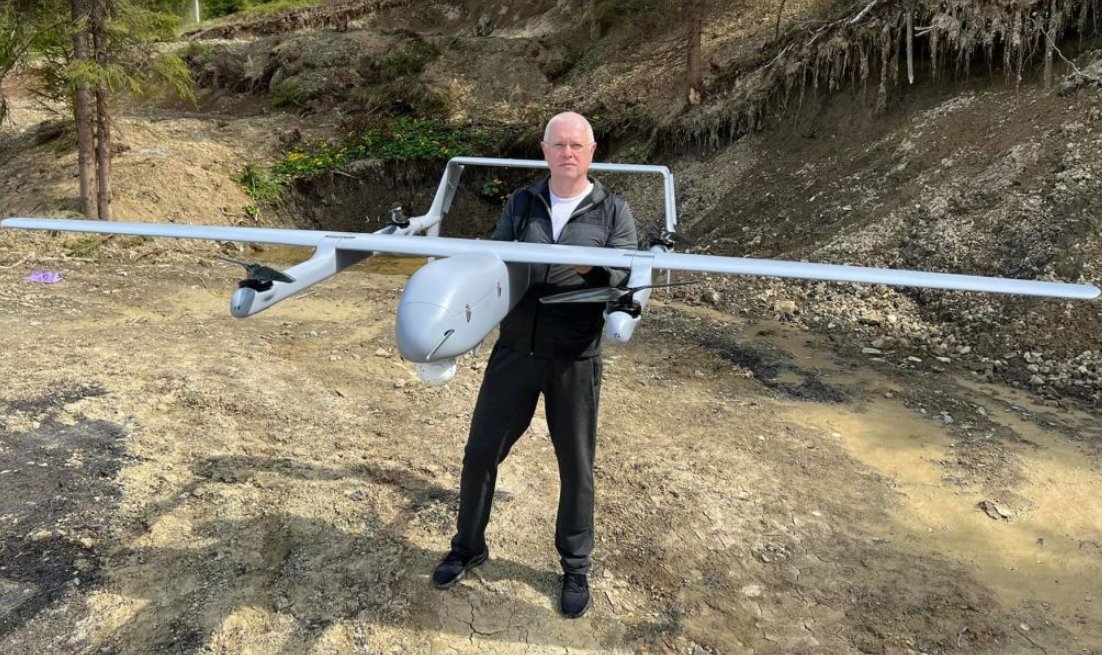 Ukraine is launching mass production of the Dovbush T10 drone. This is a multifunctional Ukrainian UAV that can be upgraded into a reconnaissance or strike drone.
This was announced by the organizer of the project for the production of drones, co-founder of Monobank Vladimir Yatsenko.

“If we started with a capacity of several a day, now we have opened a new production facility, which, unfortunately, is not located in Ukraine, but in one of the countries of Europe, where we produce a lot of components. That is, we have switched from buying in a Chinese supermarket to own production, and today I can say that this is a super-technological production. For this we have been waiting for the equipment for almost six months. And now there will be no longer 1-2-3 drones a day, but more than ten. This is a very serious number, which will certainly be significant for our armed forces," he said.

According to Yatsenko, thanks to the latest software and special equipment, this Ukrainian drone is inaccessible to enemy EW and air defense forces.. In addition, the Dovbush can be upgraded into a strike drone. The weak point - like all UAVs - is sensitivity to weather conditions.

"As for the required number of drones constantly working at the front, my assessment has not changed in recent months - we need 500-600 UAVs that would control the territory 24/7. That is, at least one drone per 10 km of the front, which stretches more than a thousand kilometers. For example, near Bakhmut, the enemy is now using night vision devices, they attack at night, so you need to constantly work. If earlier there were large concentrations of enemy troops and equipment, now these are small sabotage groups that need to be detected. Therefore, we have started mass production," the project organizer added.

In addition, Yatsenko said that in a few months Ukraine will approach the creation of high-precision weapons - strike drones that will hit targets with an error of no more than one or two meters.

“Now everyone is talking about how far a drone can fly, 400 or 600 kilometers.. But in fact, the main task is to reduce the error, that is, to develop high-precision weapons. If our aircraft can hit targets with an error of no more than one or two meters, our country will automatically move to the top league of world arms manufacturers. For countries that have precision weapons, such as Himars, can be counted on the fingers. The progress that is now in Ukraine, and the community that has been created around production, including drones, allow us to be optimistic. I believe that in a few months we will get closer to a technique that can be called precision weapons. To date, the best specialists are working on this topic," he said.