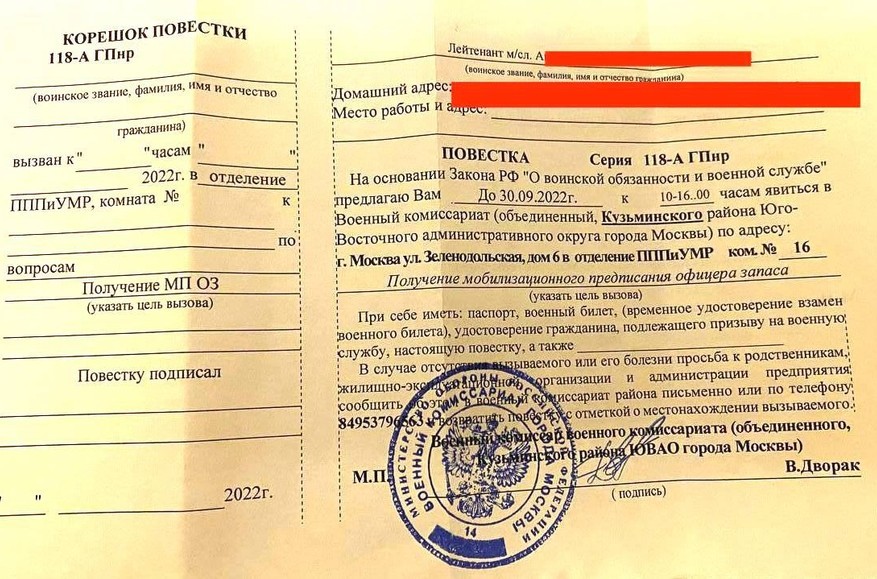 In the published decree of the President of the Russian Federation, the mobilization is called "partial", but none of its parameters are indicated. According to this text, you can call anyone.
So says a number of experts.

"In the published presidential decree, mobilization is called partial, but no parameters of this partiality - neither territorial nor categorical - are indicated. According to this text, anyone can be called up, except for workers in the military-industrial complex, who have a delay for the period of work. The fact that mobilization applies only to those in the reserve and having some especially needed specialties was said in the speech, but not in the decree. And yes, the operation in circulation is now "proactive" instead of "ad hoc". It didn’t work out on purpose, we have to act totally,” said political scientist Ekaterina Shulman

She was supported by another expert, noting that the decree does not give any details of mobilization and is formulated as broadly as possible.

"The president leaves discretion to the secretary of defense. In fact, the Ministry of Defense of the Russian Federation will decide who, from where and in what quantity to send to the war. The mechanism will be as follows: The Ministry of Defense will form quotas for mobilization for each region of Russia. Governors will be responsible for their implementation. Ramzan Kadyrov obviously knew something when he announced the self-mobilization of the regions.
First of all, reservists will receive mobilization orders - these are men who have served in the army and have signed a contract to stay in the reserve. In the second place - men who are in the reserve according to the categories, which I wrote about yesterday. Shoigu announced the bar of 300 thousand people. If you need more, the decree allows you to mobilize an unlimited number of conscripts,” said lawyer Pavel Chikov.

Human rights activist Alexander Peredruk noted that according to this decree it is impossible to say who will be affected by this mobilization and who will not.

"The decree does not contain restrictions, the law does too. There is a certain order and procedure for mobilization: first of all, people in the reserve, that is, those who have entered into a special contract, must be called up. The second category is people who are in the first category of the reserve. The reserve procedure is approved by federal law and is divided into three categories. The first is men under the age of 35 who have served in the military, but there are no restrictions, absolutely everyone can be called up to the reserve. There is no legal regulation.
As for the impossibility to leave the place of residence, the law states: in the event of an announcement of mobilization, persons who are registered with the military cannot leave the place of residence. How this will work in practice - no one knows, because there was no such practice in the Russian Federation before. The law says in general terms that citizens who are registered with the military, from the moment the mobilization is announced, cannot leave their place of residence without special permission. We have not only people in the reserve on the military register, and this is an important point. Nobody understands how it will work," the human rights activist said.

1. The destruction of the undescribed social contract on which the Putin regime has so far been based - "war only on TV."

2. Lack of infrastructure for mobilization - first of all, the necessary number of junior commanders to turn the mobilized into a kind of army.

3. Extremely low combat effectiveness of the mobilized, due to lack of motivation.

four. The presence among the mobilized of a large number of hidden opponents of the war.