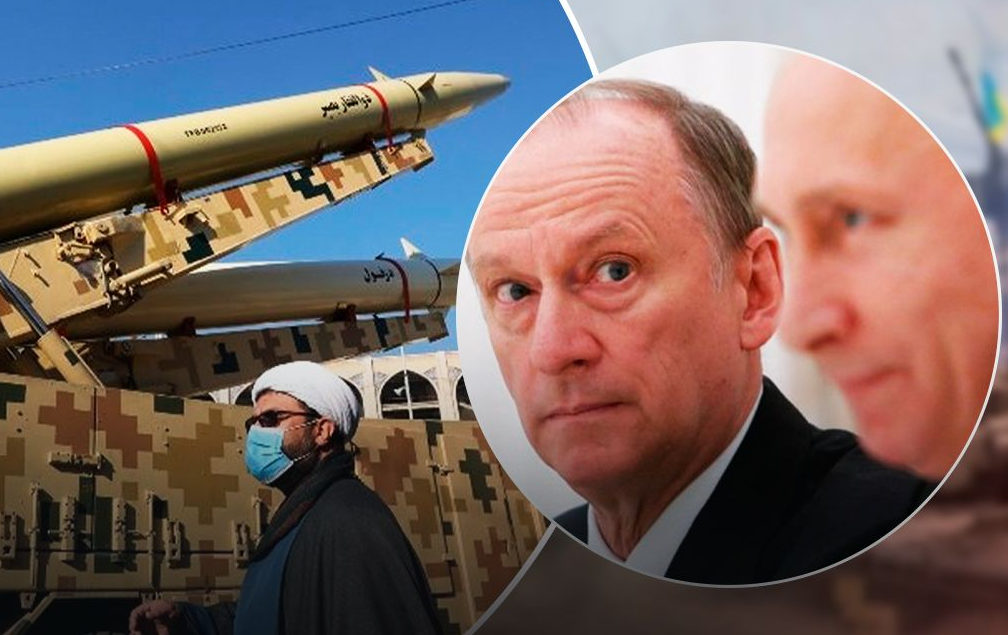 The Iranian authorities are keen to publicly announce the rebalancing of their strategic partnership with Moscow by publicly reporting on the visit to Tehran of the Secretary of the Russian National Security Council, Nikolai Patrushev.
This is discussed in the analytical report of the American Institute for the Study of War (ISW). It is likely that Patrushev was in Iran to discuss a potential sale of Iranian ballistic missiles to Russia, analysts said.

Patrushev's visit was reported by the Iranian state publication Nour News Agency in an English-language tweet. They noted that Patrushev would meet with Secretary of Iran's Supreme National Security Council (SNSC) Ali Shamkhani and other senior Iranian political and economic officials to discuss Russian-Iranian relations.

The National Security Council likely announced Patrushev's visit to Iran to highlight the deepening of cooperation between Moscow and Tehran for an international audience (notably Israel and Saudi Arabia), and also indirectly emphasize that a high-ranking Russian official contacted Iran. in the message. Islamic Revolutionary Guard Corps commander Qasem Soleimani, among other things, visited Moscow in 2015 to urge Russia to intervene in the civil war in Syria, analysts remind.

Patrushev's visit to Iran, in particular, comes amid reports that the Iranian regime is seeking Russian help to quell the protests, though it's not clear whether this will be discussed by Patrushev and his Iranian counterpart.

According to ISW, the Kremlin continues to covertly acquire munitions for use in Ukraine to cushion the effects of international sanctions and fill Russia's current depletion of domestic ammunition stocks.. Britain's Sky News reported on November 8 that the Kremlin sent 140 million euros in cash and several captured British-made NLAW anti-tank missiles, American-made Javelin anti-tank missiles and a Stinger anti-aircraft missile to Tehran on August 20 in exchange for 160 additional drones for use in Ukraine.. The Ukrainian Resistance Center reported Nov. 8 that Tehran continues to supply Moscow with Mohajer, Arash, and Shahed-type drones via air and sea routes through Iranian public and private entities. The Ukrainian Resistance Center also reported that due to failures of the Russian military-industrial complex, the Russian military leadership continues to purchase dual-use goods (military and non-military), such as computer chips, quadcopters, night vision goggles, and body armor from Turkey and use cryptocurrency transactions to avoid tracking purchases. Taken together, these reports suggest that the Kremlin is seeking to circumvent sanctions.