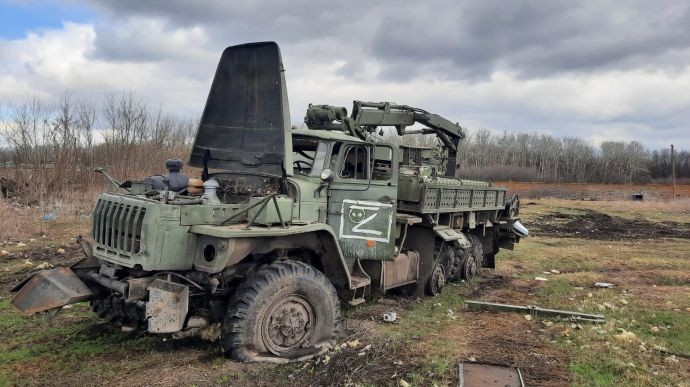 By the end of the year, the Russian Federation will experience an acute shortage of shells, artillery and armored vehicles.

It is reported by The Insider.

“Half a year of war for Russia has led not only to colossal irreparable losses in manpower, but also to a huge expenditure of weapons and military equipment: there are already very few guided missiles, artillery shells and armored vehicles will be exhausted by the end of the year, and the state of military aviation does not allow for a full-scale air campaign. Because of the sanctions, Russia cannot continue full-fledged industrial production of weapons and replenish stocks of weapons that are quickly running out.

Russia for six months of military aggression against Ukraine should have used up at least seven million shells, without taking into account the loss of front-line warehouses as a result of Ukrainian strikes.

"If the intensity of the war remains at its current level, Moscow will face a real shortage of shells by the end of 2022 and will be forced to reduce the use of artillery in order to save money," the text says.

Components of weapons wear out from frequent use, media adds. In particular, by the end of 2022, the deterioration of artillery itself will lead to a sharp decrease in its effectiveness.

Russia is also experiencing difficulties in the production of artillery and ammunition.

"The invaders, being cut off from the supply of Western equipment, spare parts and materials and at the same time limited in terms of human capital and labor productivity, Russian manufacturers of artillery and ammunition will inevitably face in the foreseeable future not so much stagnation as a reduction in production," the text says.

It also mentions a possible shortage of armored vehicles.. At the same time, the situation in aviation, "at first glance, looks better," the media notes. Russia is still able to keep about 400 combat aircraft of various types and about 360 helicopters near the borders of Ukraine. However, not all of them are percussion.

"Nevertheless, Russia was not capable of conducting a full-scale air campaign from the very beginning of the war, and now its capabilities for such a campaign have only decreased," the authors of the article summed up.