US blames Russia for missile incident in Poland 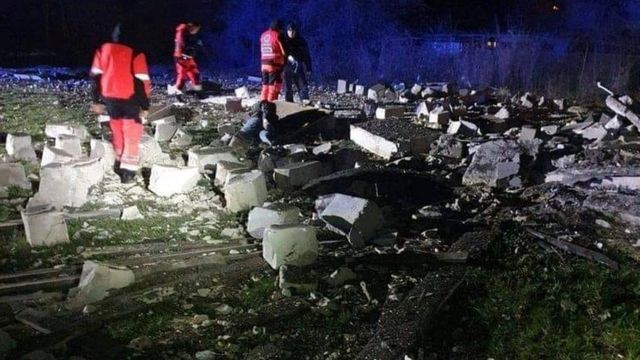 “We have full confidence in the Polish government’s investigation into the explosion near their border with Ukraine, and we thank them for their professional and prudent approach to its conduct. We will continue to transparently evaluate and share any new information as it becomes available. We will also continue to be in close contact with the Ukrainians about any information they have to complete the picture. Whatever the final conclusions, it is clear that Russia is responsible for this tragic incident, launching a barrage of missiles at Ukraine's civilian infrastructure.. Ukraine had and has every right to defend itself," the statement reads.

The White House also said that they express solidarity with the people of Ukraine and express their condolences in connection with the losses they suffered as a result of these barbaric airstrikes.
Recall that the President of Ukraine Zelensky is sure that the rocket that fell on the territory of Poland on November 15 is not Ukrainian.

“I don’t even doubt the evening report to me personally from the commander of the Air Force to Commander-in-Chief Zaluzhny, I have no doubt that it was not our missile, or not our missile strike. It makes no sense for me not to trust them, I went through a war with them," the president said.

The President added that he had been talking with foreign leaders all night and, as a result of these conversations, his position is that Ukraine should be allowed to investigate the tragedy. The President added that the Ukrainian side wants to see the rocket fragments found at the site of the tragedy in Poland. Secretary of the National Security and Defense Council Oleksiy Danilov noted that Ukraine is ready to hand over the Russian trace available in the evidence.