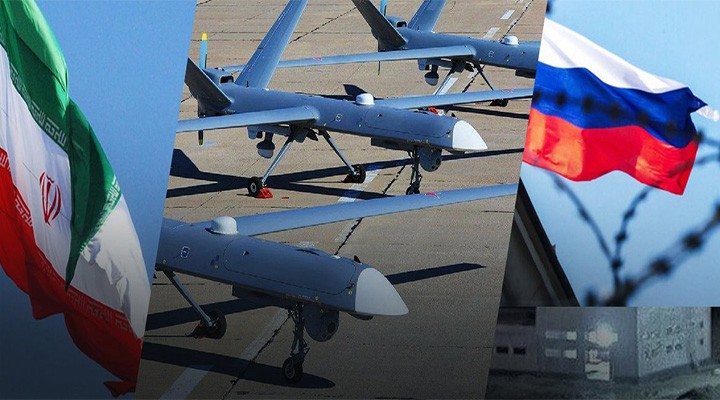 The US sanctioned an Iranian company it accused of coordinating military flights to transport Iranian drones to Russia, as well as three other companies involved in the production of Iranian drones.

This is stated in the message of the US Treasury.

"Russia is making an increasingly desperate choice to continue an unprovoked war against Ukraine, especially in the face of our unprecedented sanctions and export controls," said Undersecretary of the Treasury for Terrorism and Financial Intelligence Brian Nelson.

"The United States is committed to strict enforcement of our sanctions against Russia and Iran and holding Iran and those who support Russia's war of conquest against Ukraine accountable.". We will also not hesitate to target manufacturers and suppliers assisting Iran and its drone program, further demonstrating our determination to continue to pursue terrorist minions who are destabilizing the Middle East.. Non-Iranian, non-Russian organizations should also be very careful not to support the development of Iranian UAVs or transfer them or sell any military equipment to Russia for use against Ukraine," he added.

The US Treasury Department said in a statement it listed Tehran-based Safiran Airport Services, accusing it of coordinating Russian military flights between Iran and Russia, including those involving the transport of drones, personnel and related equipment.

The Ministry of Finance also placed Paravar Pars Company, Design and Manufacturing of Aircraft Engines and Baharestan Kish Company on the sanctions list, accusing them of involvement in the research, development, production and purchase of Iranian drones.

Also on the list of sanctions was the managing director of the Baharestan Kish Company and a member of the board of directors, Rehmatollah Heydari.

At the end of August, White House spokeswoman Karine Jean-Pierre confirmed information circulating in the media that, according to the United States, Russia received combat unmanned aerial vehicles from Iran.

At the same time, U.S. State Department First Deputy Representative Vedant Patel officially confirmed at a briefing on Tuesday that, according to Washington, Russia intends to use drones received from Iran on the battlefield in Ukraine.