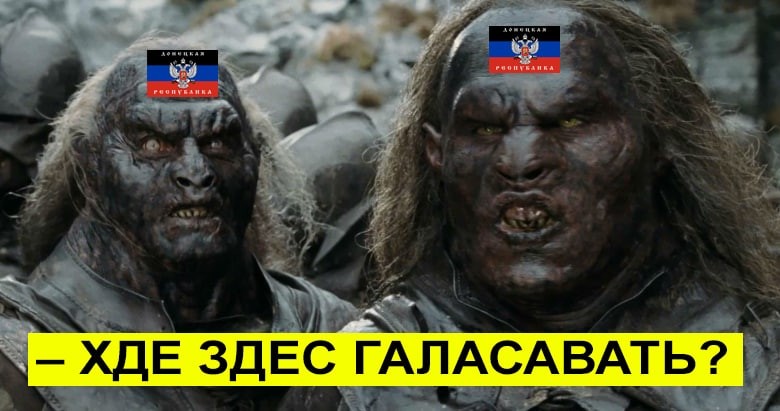 The "head" of the self-proclaimed "LPR" signed the law on a referendum on the issue of joining Russia. The fake referendum will take place from 23 to 27 September, according to the "parliament" of the non-republic.

As follows from the "decree", citizens of the self-proclaimed "LPR", including those outside the territory of the "Luhansk People's Republic", who have reached the age of 18, can take part in the "referendum".
The self-proclaimed "Donetsk people's republic" adopted a similar document.
The collaborators in the occupied parts of Kherson and Zaporizhia also stirred. The traitors are calling for a pvsedoreferendum on joining the regions to Russia as soon as possible.
The Russian authorities supported the holding of "referendums".

Andrey Turchak, Secretary of the United Russia General Council, said that “a referendum is needed, and has been needed for a long time. According to him, "an honest and open vote will de jure consolidate its results once and for all. De facto, Donbass and the liberated territories are already Russia."
On the same day, the State Duma of Russia introduced the concepts of “mobilization” and “martial law” into the Criminal Code of the Russian Federation.. Articles “Voluntary surrender” (Article 352.1, up to 10 years in prison) and “Looting” (Article 356.1, up to 15 years) were added to the Criminal Code of the Russian Federation.
The annexation will allow the Kremlin to get a pretext for general mobilization, since then the Ukrainian counteroffensive can be interpreted as an encroachment on the territory of the Russian Federation.
"The occupiers again started talking about 'elections without elections' because the armed forces of Ukraine drove them into a dead end," head of the Luhansk region Serhiy Gaidai commented on the discussion of "referendums."
In his opinion, Moscow needs the formal request of the self-proclaimed territorial entities to join Russia to justify a new round of war, and the haste is caused by the Ukrainian counter-offensive, which caused panic among the separatists.
"The occupiers can hold a fake "referendum", hastily somehow blind it, recognize the "results". Based on the "results", they will all want to join the Russian Federation. And then the de-occupation of the temporarily occupied Ukrainian Luhansk region, from the point of view of Russia, will be " a direct attack on Russia," and this will make it possible to carry out a general mobilization, to declare war. Because they have huge problems with mobilization (now). They cannot recruit people in normal numbers," - said Gaidaya
Commenting on reports of "referenda", adviser to the head of the office of the President of Ukraine Mikhail Podolyak said that "Russian propagandists are in love with them as a panacea."
“I have bad news for them,” Podolyak wrote on Twitter. “There is a global consensus and international law. It is clear: Donetsk, Lugansk, Crimea are Ukraine. Any attempts to repaint the flags are fiction, this will not change anything for us , nor for partners".