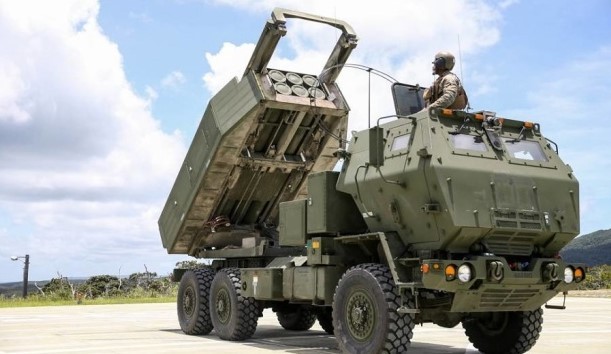 In order to change the course of the war in favor of Ukraine, US Senators Lindsey Graham and Richard Blumenthal called for the immediate transfer of MLRS with an increased radius of destruction to our country.
As part of another package of military assistance, the Pentagon transferred to Kyiv 10 HIMARS rocket launchers capable of hitting targets at a distance of more than 40 miles (64 km). And although this is twice as much as that of the longest-range M777 howitzers, the maximum range of HIMARS reaches 300 km, but Washington is afraid to supply the Armed Forces of Ukraine with such missiles, since there is a risk of attacks on Russian territory.

According to Graham and Blumenthal, these fears should be put aside.. Further military aid packages should include "longer range" HIMARS, as well as Harpoon anti-ship and air defense systems, Blumenthal told Reuters.

According to Graham, new arms deliveries could “change the course of the war in favor of Ukraine,” which has so far been forced to surrender territories in the Donbass under the onslaught of the Russian army.

The senators also intend to push for the adoption of a law recognizing Russia as a state sponsor of terrorism, which, according to Blumenthal, will put the Russian Federation on a par with countries such as Iran and North Korea.. The project will receive almost unanimous support in the US Senate, Graham expressed confidence.

As for HIMARS, these systems are already beginning to influence the course of hostilities and are being used for strikes, US Administration Special Representative Kurt Volker said on Tuesday.

“The successful attacks on ammunition depots that we have seen in recent days – this will continue and this will put Russian Russians in a more vulnerable position,” Volker said.

The first successful example of the use of HIMARS was the strikes on the command posts of the Russian army, a senior White House official told CNN.

“Ukrainians are able to carefully select targets that will thwart Russian efforts in a more systematic way than if they used shorter-range artillery systems, ” he explained, adding that despite the short training period, the Ukrainian Armed Forces are able to work effectively with HIMARS.

Recall that during the week of using the American MLRS HIMARS, the Armed Forces of Ukraine destroyed 11 warehouses of enemy military equipment.