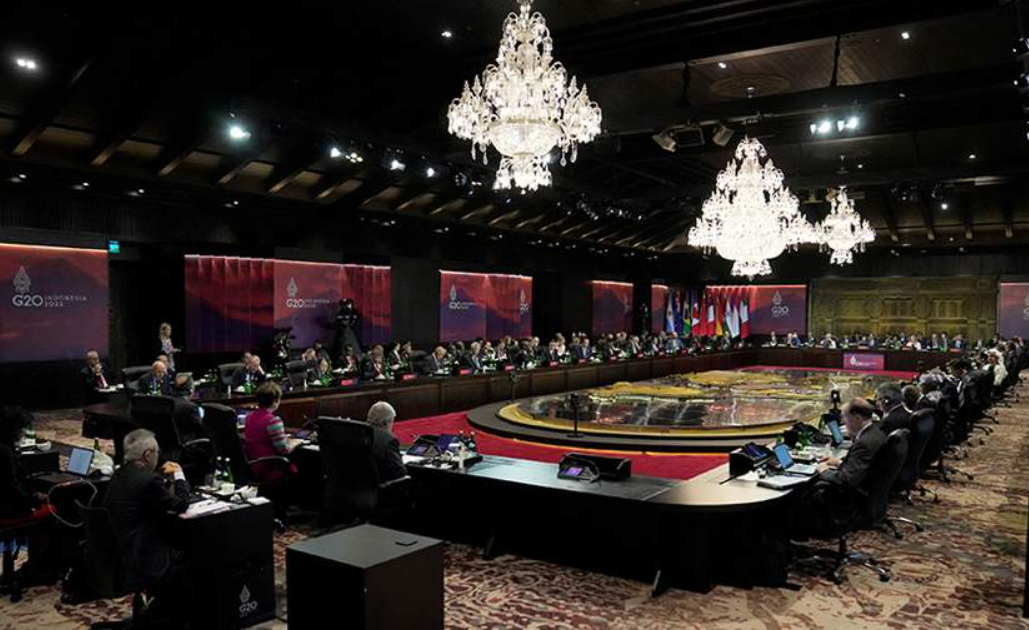 President of Ukraine Volodymyr Zelensky, speaking to the participants of the G20 leaders' summit in Bali, Indonesia, said it was time to end Russia's devastating war and save thousands of lives.

Zelensky noted that Ukraine should not be offered compromises with conscience, sovereignty, territory and independence. At the same time, according to him, Ukraine has proposals that need to be implemented for a speedy and fair end to the aggressive Russian war.
Radiation and nuclear safety

“Use all your might to force Russia to give up any threats with nuclear weapons. The basis for such efforts can be the Budapest Memorandum and the corresponding capabilities of the signatory states," Zelensky said.

"Each country can join a specific contribution and become a co-creator of the victory over hunger and the food crisis," the president said.

Energy security
A fundamental step must also be taken to ensure that energy resources are no longer used as weapons. It is necessary to impose a price limit on Russian energy resources.

"If Russia is trying to deprive Ukraine, Europe and all energy consumers in the world of predictability and price stability, the answer to this should be a forced restriction of export prices for Russia. To ensure that exports are not above cost. This is fair. If you take, the world has the right to take from you," Zelensky said.

Release of all prisoners and deportees
The President noted that Ukraine did not find support in the International Committee of the Red Cross.

Russia must confirm the territorial integrity of Ukraine within the framework of the relevant resolutions of the UN General Assembly and the corresponding array of treaty-legal documents. This is absolutely concrete,” the president said.

Withdrawal of Russian troops and cessation of hostilities

"Russia must withdraw all its troops and armed formations from the territory of Ukraine. Ukraine's control over all sections of our state border with Russia must be restored. This is what will lead to a real and complete cessation of hostilities," Zelensky said.

Return of Justice
Zelensky recalled that Ukraine had already proposed a UN General Assembly resolution on an international compensation mechanism for damage caused by the Russian war.

"She voted. We ask you to apply it. We are also preparing a second resolution - on the special tribunal. Please join and support her.. Because there is no people on earth that does not appreciate justice," the president said.

“We must also find common answers to all environmental threats created by the war. Without this, there will be no return to a normal, stable life, and the echo of the war will persist for a long time - in mine explosions that will take the lives of children and adults, in the pollution of water, soil and atmosphere," Zelensky explained.

“Therefore, we must hold an international conference to fix the key elements of the post-war security architecture in the Euro-Atlantic space, including guarantees for Ukraine. The main outcome of the conference should be the signing of the Kyiv Security Compact. We can do it at any time – already this year. And we have to do it," the president said.

“I emphasize: each of these challenges on the path to peace cannot take much time. Maximum one month per point. For some, days are enough,” Zelensky told the summit participants.

The reaction of the Ukrainian Foreign Ministry to threa...

G7, EU and Australia have set a limit price for Russian...

How many massive strikes will Russian missiles last - N...

How many massive strikes will Russian missiles last - N...

The reaction of the Ukrainian Foreign Ministry to threa...

G7, EU and Australia have set a limit price for Russian...