Russia has once again humiliated itself by organizing pseudo-referendums 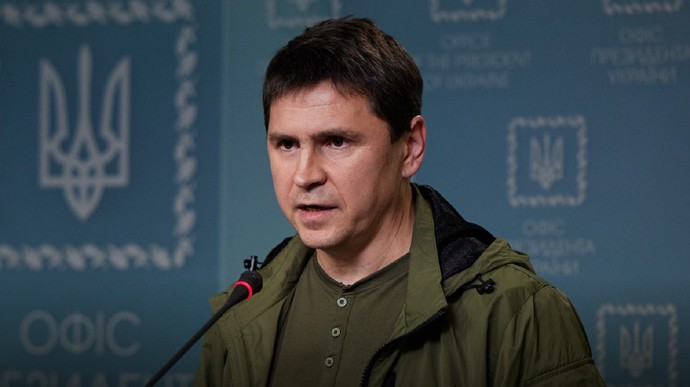 As is known, the Russian authorities in the Zaporozhye region have announced preparations for the so-called "referendum" on joining the Russian Federation. According to some reports, such staged voting in the occupation is planned to be held until mid-September.

Mikhail Podolyak, adviser to the head of the presidential office, spoke about how these "referendums" are viewed in Moscow, Kyiv and in the world in a commentary to a leading news agency. We provide this comment.

The organization of pseudo-referendums in the occupied territories was conceived in Moscow as the second stage of a "small quick and victorious war", but became a symbol of the endless humiliation of the Russian Federation in Ukraine. The Kremlin has become a hostage to the "Crimean scenario" of 2014 and does not know how to retreat from it - as a result, constant date shifts, change of formats and concepts, growing irritation of the Kremlin apparatchiks from each other.

This is what happens when military operations are led by politicians who have become hostages of their own propaganda, setting deadlines that the army is unable to meet. Now they want to hold a "referendum" in conditions of active hostilities: in the Zaporozhye region, which does not have a regional center, in Donetsk, in the suburbs of which the Ukrainian Armed Forces are stationed, or in the Kherson region, where Russian troops are in very precarious conditions.

It's already funny. Their next face-off in the mud happened when they got acquainted with primary sociology and it turned out that the number of people who wanted to vote for unification with Russia was so insignificant that it would be simply impossible to "sell" this referendum to the population.. And even this figure can be divided by three - people are afraid to answer differently when they hear about the daily abductions, terror and torture of their acquaintances and colleagues. Even under these conditions, 90% are either clearly in favor of Ukraine, or refuse to answer the question, which means the same support.

For Ukraine, no pseudo-referendums mean anything, as well as for the international community. All fears that Ukraine will not be able to return its territories, allegedly because Russia will annex them, are propaganda fantasies. Donetsk, Lugansk, Zaporozhye and Kherson regions are part of Ukraine. Any claims to the contrary are legally null and void.

All strikes against Russian military units in the captured part will be legitimate from the point of view of the international community. Nobody intends to allow any freezing and fixing of the position. Russian propaganda can invent parallel worlds, where Kherson is the country of Oz, Donetsk is Erebor, and Zaporozhye is the country of Narnia. But real politics is decided "on the ground", and not on TV. Ukraine will return its territories by military means under any of the scenarios.