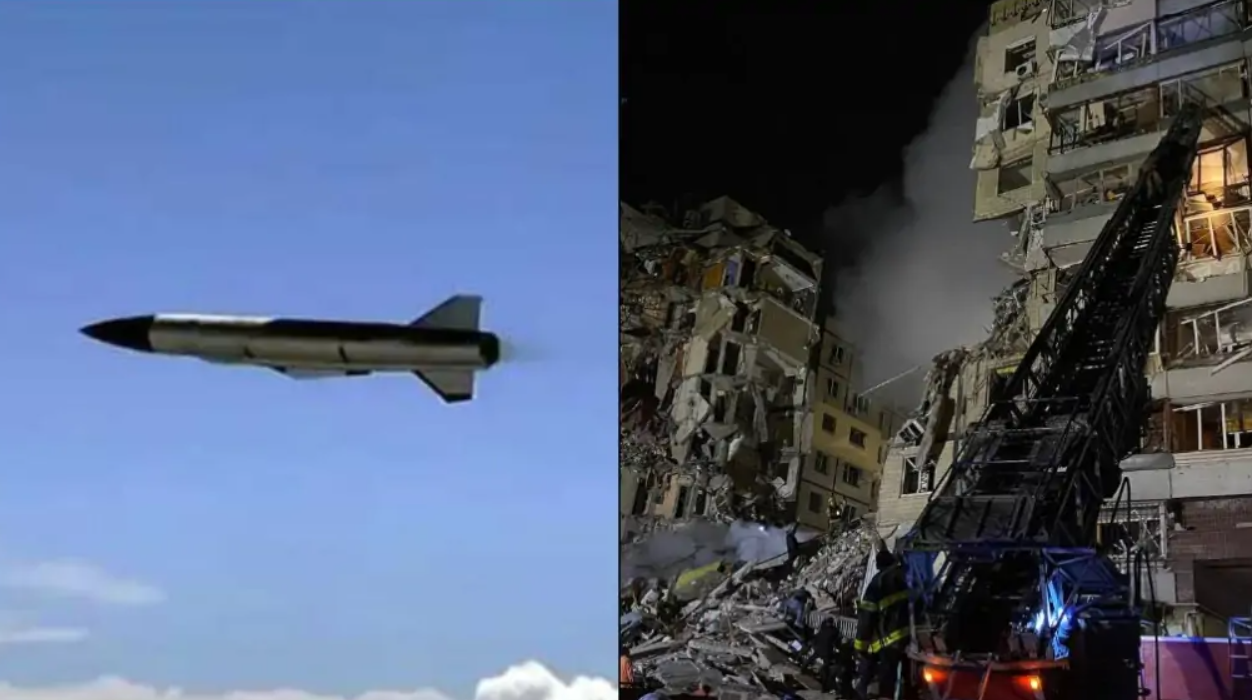 Russia hit a residential building in Dnipro with an anti-ship missile and blamed it on a Ukrainian air defense missile. This is reported by the British Ministry of Defense with reference to intelligence data.

"On January 14, 2023, Russia resumed long-range missile strikes against Ukrainian infrastructure, the first in about 15 days, launching dozens of missiles. As in the previous eight waves of strikes since October 11, 2022, Russia has primarily targeted the Ukrainian power grid.

British intelligence noted that a large X-22 anti-ship missile (NATO reporting name - AS-4 Kitchen), fired from a Tu-22M3 BACKFIRE medium bomber, most likely hit a residential building in the city of Dnipro, resulting in the death of at least 40 people .

Russia falsely hinted that a Ukrainian air defense missile was responsible. The Kitchen is notoriously inaccurate when used against ground targets, as its radar targeting system is poor at distinguishing targets in urban areas.

The department noted that such weapons are responsible for other incidents with mass casualties among the civilian population, including the shelling of a shopping center in Kremenchuk on June 27, 2022.

“While some missiles, such as KITCHEN, are unsuitable for precision strike, evidence from the Ukraine war suggests that the dysfunction of Russia’s ability to strike at long range is deeper.. Most likely, it is difficult for them to dynamically identify targets and gain access to a quick and accurate assessment of combat damage. 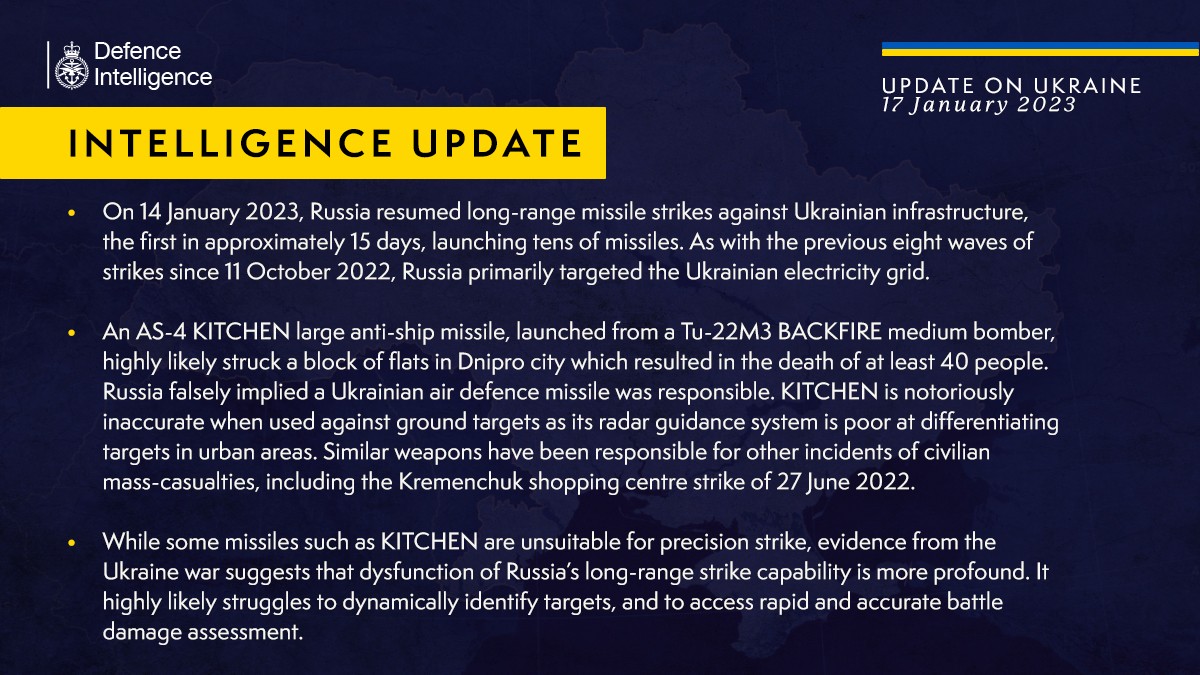