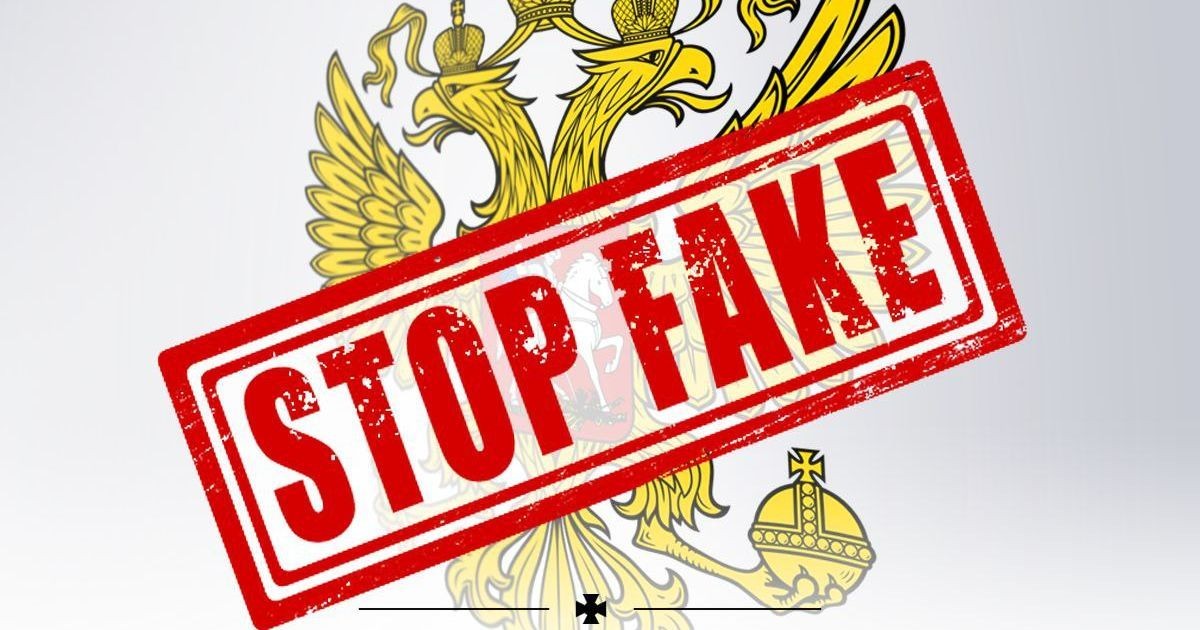 Against the backdrop of the World Cup in Qatar, a fake video appeared on the Internet about Ukrainians allegedly detained for distributing Nazi symbols. The creators of the video tried to pass it off as the production of the Doha-based Arabic TV channel Al Jazeera, the DW Faktencheck team found out. The dpa agency came to the same conclusion on Saturday, November 26.

The video itself was one of the first to be published by the Yug Live telegram channel associated with TV propagandist Vladimir Solovyov. A video posted on social media alleges that three drunken Ukrainian fans were detained in Qatar for distributing Nazi symbols, painting a Hitler mustache on a World Cup talisman poster, and writing a Nazi salute.. In addition, they allegedly painted ten more posters near the El Bayt Stadium in Doha and were taken into custody.

At first glance, the video is very similar in style and design to the videos published on Al Jazeera's social networks, but it could not be found on the TV channel's websites. In addition, writes dpa, there were no other media reports about the incident with the Ukrainians. The Doha TV channel itself confirmed that it was a fake and Al Jazeera had nothing to do with the video.. At the same time, on Solovyov's channel alone, the falsified video already has about 400,000 views. 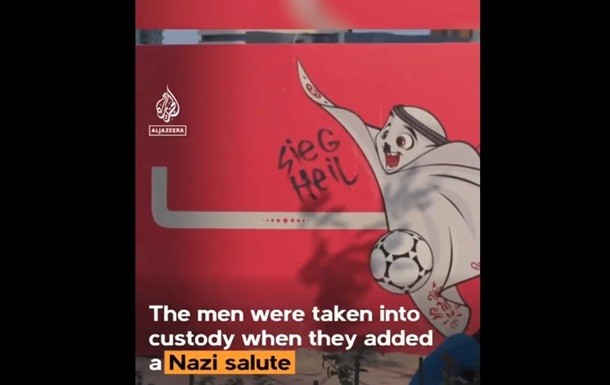 Fake video: what we managed to find out

Allegedly, the detained Ukrainians are not shown in the video, only an archival photograph with Ukrainian fans is embedded in it.. As dpa found out, the shown photo was already published by one of the Ukrainian news portals in early February in a material about the European Futsal Championship. The authors of the video also do not say how the Ukrainians ended up at the World Cup in Qatar, given the ban on men traveling abroad since the beginning of the full-scale Russian invasion, as well as the fact that the Ukrainian team did not qualify for participation in the final stage of the championship.

dpa journalists on YouTube found out that part of the footage of the fake video was also taken from a three-hour video of the arrival of fans at the stadium in Doha before the first World Cup match published by the British newspaper The Sun.. At the same time, no other photographs of damaged posters with the mascot of the World Cup in Qatar, to which a Hitler mustache is attached, could be found on the Internet. If more than ten posters were really damaged at the world championship, as it is stated in the video, there would be other photos of this incident on the Web, dpa journalists are sure.

In addition, the DW Facktencheck team draws attention to the incorrect spelling of the main World Cup stadium in English - "El Beit" instead of "Al Bayt". In the shown scene of the alleged arrest of the Ukrainians, there is also a discrepancy between the clothes of the policemen and the uniform of the law enforcement officers who work at the World Cup in accordance with the information of the Qatari Ministry of Internal Affairs. The badge on the sleeve of one of the officers is actually a military insignia, DW found out from image databases.

Earlier it was reported that the Russian Federation is dispersing a fake about the export of electricity from Ukraine. With the help of such messages, the enemy is trying to divert the attention of Ukrainians from missile attacks on the energy system.