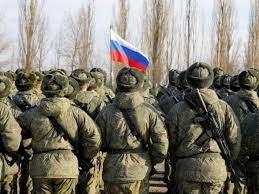 Russian troops begin to strengthen positions in the occupied territories with personnel deployed from the Kherson region, as well as mobilized military personnel. This was announced by the American Institute for the Study of War (ISW) in a November 19 report.

We are talking about the occupied Donetsk and Lugansk regions, as well as the eastern part of the Zaporozhye region.

According to military analysts, Russian troops are likely to continue to use mobilized and redeployed military personnel to resume offensive operations in the Donetsk region and hold defensive positions in the Luhansk region.

In addition, the Russian army is trying to disperse forces by deploying individual units in the direction of Gulyaipol in the east of the Zaporozhye region.

"Russia is also likely to bring in additional mobilized forces in the coming weeks, given that the mobilized units of the Russian 2nd Motorized Rifle Division of the 1st Tank Army have completed their training in the Brest region of Belarus," the ISW stressed.

Institute experts added that the Armed Forces of Ukraine continue the counteroffensive on the Svatovo-Kremennaya line in the Luhansk region, in particular, fierce battles are taking place in the Kuzemovka area.

In the Donetsk region, Russian troops continue their attacks in the area of Bakhmut, Avdiivka and west of Donetsk, despite significant losses.

Earlier, the General Staff of the Armed Forces of Ukraine reported that the Russian command plans to transfer individual units withdrawn during the retreat from the Kherson region to continue hostilities in the Donbass.