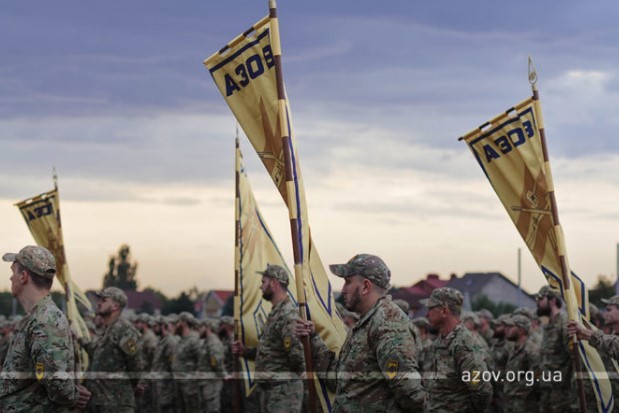 The decision of the Supreme Court of the Russian Federation on the recognition of the Ukrainian special forces regiment "Azov" as a terrorist organization is an attempt by Russia to withdraw the prisoners of war of the "Azov" regiment from the Third Geneva Convention.

This was announced by the Commissioner of the Verkhovna Rada for Human Rights Dmitry Lyubinets.

Russia, as predicted by the Ombudsman, will deny access to prisoners of war to representatives of the International Committee of the Red Cross and consider it lawful.

“This will exclude the possibility of checking the state of health, countering the use of extrajudicial executions, torture, and ill-treatment of prisoners of war.. Russia will stop providing information through the ICRC to relatives of prisoners of war about being in captivity and other information," says Lubinets.

The Ombudsman stressed that now Russia can prosecute prisoners of war, in accordance with its legislation, and the punishment that it provides also threatens civilians if they provided assistance or otherwise interacted with the Azov regiment. They can get 10 to 20 years in prison.

Ludinets believes that by its actions Russia is trying to hide systemic and massive violations of international law and the commission of war crimes in an unjustified war against Ukraine.
On May 16, the Russian Ministry of Defense announced an agreement on the removal of wounded Ukrainian soldiers from the blocked Azovstal plant to the occupied territory of Donbass. However, the very next day, Russia announced plans to interrogate the Ukrainian military in the Rostov pre-trial detention center, as well as the idea of adopting a ban on the exchange of so-called Nazi criminals.

In turn, the Deputy Minister of Defense of Ukraine, Anna Malyar, advised us to take the words of the Russian leadership regarding the fate of the fighters from Azovstal as political statements..

Recall that yesterday the Supreme Court of Russia recognized the Ukrainian special forces regiment Azov, whose soldiers defended the Azovstal plant in Mariupol.