Russia has announced a new goal of the war 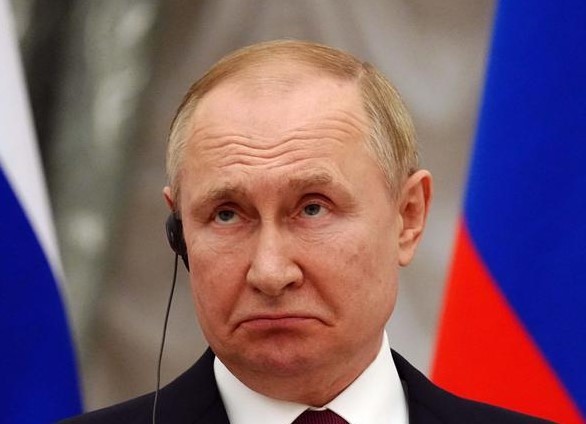 The Russian Ministry of Foreign Affairs announced a new goal of the war: to "liberate" not only the self-proclaimed "DNR" and "LNR", but also "other territories of Ukraine". Thus, it refuted itself, Putin and the members of the Security Council, who called other tasks of the invasion.
We remind you how they have changed over the past five months in the mouths of officials.

On February 24, Putin called the purpose of the "special operation" "the protection of the inhabitants of Donbass, the demilitarization and denazification of Ukraine", as well as "the bringing to justice those who committed numerous bloody crimes."

📌March 19 Lavrov: “The goal is to demilitarize Ukraine so that such a “threat” does not come from Ukrainian territory, as well as to obtain security guarantees that will be based on the principle of indivisible common security for Ukraine, for Russia, for all European countries, we We've been offering this for years."

📌 March 29 Defense Minister Sergei Shoigu: Liberation of Donbass. "The combat potential of the Ukrainian armed forces has been significantly "reduced," which allows us to focus our main attention and efforts on achieving the main goal - the "liberation" of Donbass.

📌April 11 Lavrov: "Our "special military operation" is designed to put an end to the reckless expansion and reckless course towards the complete dominance of the United States and, under them, the rest of the Western countries in the international arena."

📌June 13 Sands "In general, the defense of the republics is the main goal of the special military operation."

📌 June 29, Putin liberation of Donbass and the security of Russia: “Nothing has changed, I said in the early morning of the 24th directly publicly to the whole country, to the whole world. I have nothing to add to this. Nothing changed".

📌 On July 5, Security Council Chairman Nikolay Patrushev “Ensure the protection of people from genocide by the Ukrainian neo-Nazi regime, demilitarize and denazify the territory of Ukraine, in fact achieve its neutral status, which should be written in the Constitution.

📌 July 20, Lavrov The geographical tasks of the "special operation" have changed, now it is not only "DN" R and "LNR", but also a number of other territories.