Russia may use Iranian missiles in November - intelligence 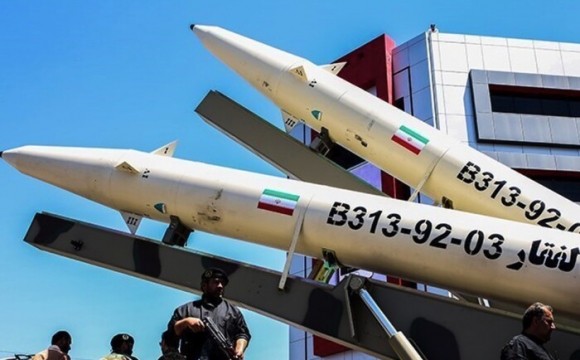 Andriy Yusov, the speaker of the Main Intelligence Directorate of Ukraine, said on the air of the telethon that Russia can be expected to use Iranian missiles as early as November

"This is a serious threat, because Iranian missiles with a range of 700 km, unlike Russian ones, have fairly high accuracy, very high speed. Yes, this is new weapons, this is a new danger. Even in terms of quantity, Russians are faced with missile weapons of their own production with a problem," Yusov notes.

In his opinion, the Russians will hit the same targets as now - that is, civilian energy infrastructure. The speaker of the GUR assured that Ukraine is preparing to repel this threat.

“Drones, ballistic missiles and everything else that Iran can provide, Putin will try to get. We had information about North Korea. Lukashenka’s regime in Belarus – there are facts and information has been confirmed about the transfer of tanks, armored vehicles, ammunition for artillery,” says speaker. GUR.

According to intelligence, Russia also uses civilian equipment of countries that have imposed sanctions against it, including dual-use goods.

"That is, the story about washing machines that are dismantled in order to use chips for weapons, this is really not a joke, it's true. Russia has a problem with technological lagging behind the civilized world. And thus, often pirated, it tries to close it. This will not help her globally, but it can still cause significant harm to Ukraine," he added.

Recall that Iran has decided to provide Russia with surface-to-surface missiles in addition to more drones for the war against Ukraine. According to intelligence, Iran's armed industry is preparing the first batch of Fateh-110 and Zolfaghar missiles. These are two well-known Iranian short-range ballistic missiles capable of hitting targets at a distance of 300 and 700 km, respectively, sources said on condition of anonymity.. If this happens, it will be the first delivery of such missiles to Russia since the beginning of the war.