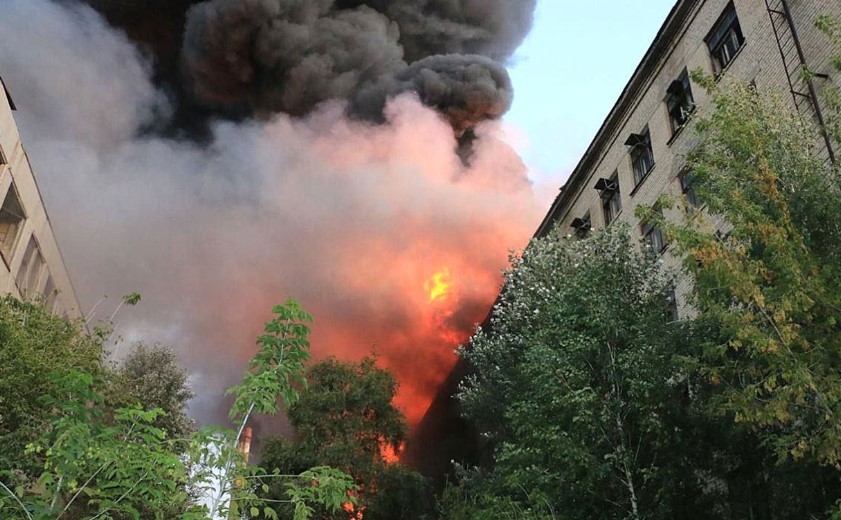 According to US intelligence agencies, Russia is going to intensify attacks on Ukrainian civilian infrastructure and government facilities.
New strikes are expected by the Independence Day of Ukraine, which is celebrated on August 24, according to The New York Times.

“Given Russia’s track record in Ukraine, we are concerned about the continued threat that Russian strikes pose to civilians and civilian infrastructure,” a source told Reuters.

After the publication of new intelligence, the US State Department once again urged its citizens to leave the territory of Ukraine. According to Mick Mulroy, a former CIA officer and Pentagon spokesman, Russia will target targets in Kyiv.

“Our enemy is cunning, ” the National Police of Ukraine said in a statement. “He can deliver painful blows on the days of the main national holiday – Independence Day of Ukraine.”

President Volodymyr Zelensky also urged his citizens to be especially careful at this time.

Large-scale Russian strikes are predicted against the backdrop of a series of Ukrainian strikes on military targets in Crimea. August began with a powerful attack on the Saki airfield - up to 9 Russian aircraft burned down there, including Su-30 and Su-24. In Kyiv, they hinted that this is the work of the Armed Forces of Ukraine, but the Russian Ministry of Defense assures that "there were no external influences." In the past two weeks, residents of Sevastopol and Kerch have reported drone attacks and various “pops”, air defense systems have been operating in Evpatoria, Bakhchisarai and the Saki region.

The attack may also be a response to the murder of Darya Dugin, daughter of the philosopher and ideologist of the "Russian world" Alexander Dugin. Her car Land Cruiser Prado exploded on August 20 while driving along the Mozhaisk highway in the Moscow region. The FSB accused Ukrainian special services of blowing up the jeep, and Natalya Vovk, a citizen of Ukraine, was named its executor.

On the eve of the UN Secretary-General António Guterres said the risk of nuclear war was the strongest in decades. He believes that in order to avoid an irreparable development of events, the nuclear powers should under no circumstances be the first to use these weapons.

“We need all states to reaffirm their commitment to a world free of nuclear weapons and spare no effort to sit down at the negotiating table to once and for all ease tensions and end the nuclear arms race,” the UN Secretary General demanded.