Russian diplomat in Vienna urged "not to spare the Ukrainian population" 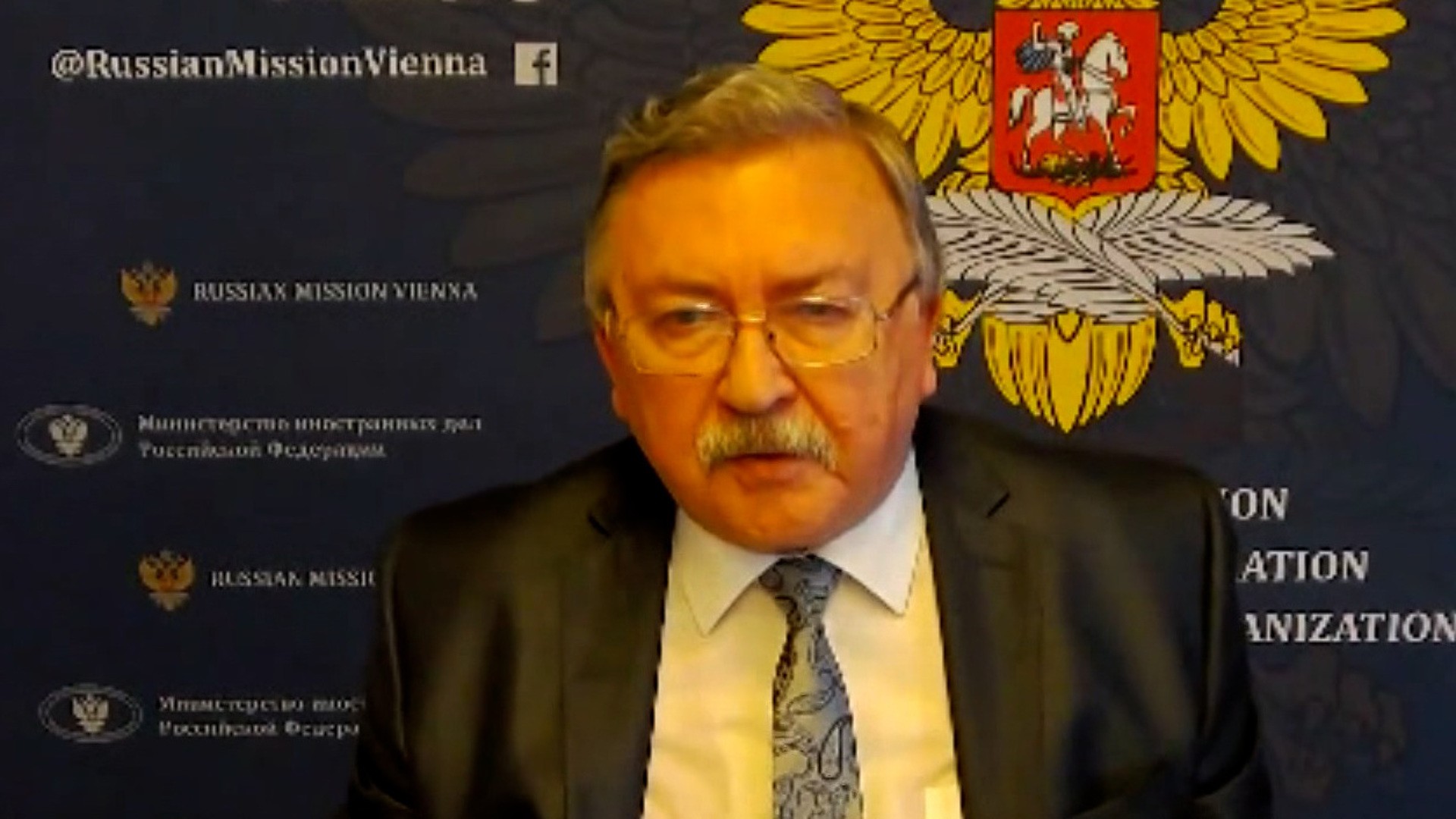 The permanent representative of the Russian Federation to international organizations in Vienna, Mikhail Ulyanov, on Friday, August 19, wrote a post on Twitter urging "not to spare the Ukrainian population."

He published his tweet in response to a post of gratitude from Ukrainian President Volodymyr Zelensky for a new military aid package that the United States allocated for Ukraine today.. Later, Ulyanov deleted his post, but it remained in the web archive of the social network, and screenshots also remained on the network. 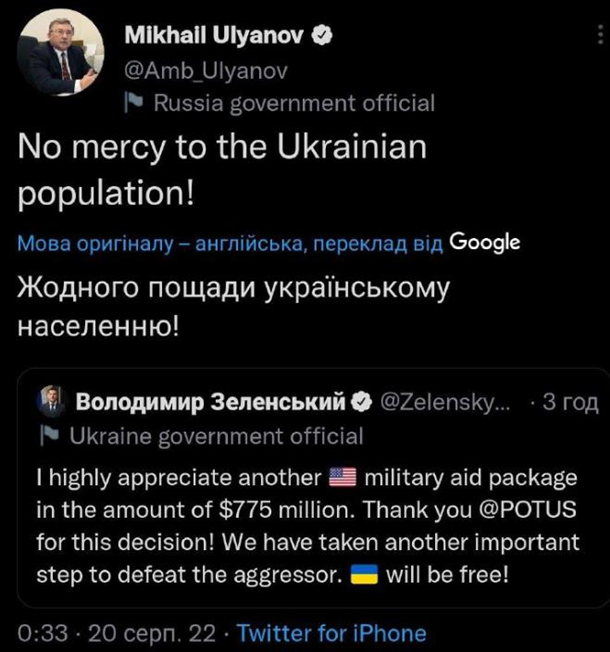 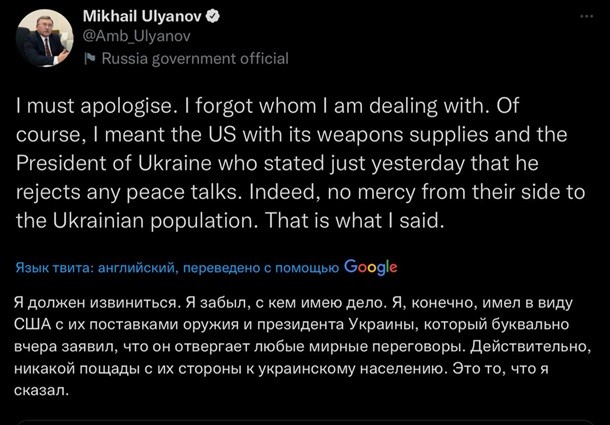 "I must apologize. I forgot who I'm dealing with. Of course, I was referring to the United States with its arms supplies and the President of Ukraine, who just yesterday said that he rejects any peace talks. Indeed, no mercy on their part to the Ukrainian population. This is what I said," Ulyanov said.

Recall that at a public transport stop in Warsaw, a drunken Russian shouted insults at passers-by and started a fight.

Earlier it became known that Montenegro declared the ambassador of the Russian Federation persona non grata. Russian diplomat Vladislav Maslennikov will have to leave the country within seven days. If he does not do this, he will not have any diplomatic powers.