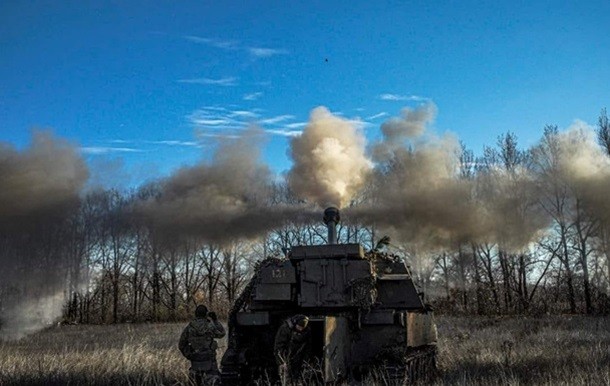 He carried out shelling from various types of artillery in the areas of Bologovka, Kamenka, Kupyansk, Kurilovka, Tabaevka, Krakhmalny and Berestovoye in the Kharkiv region.

In the Liman direction, the enemy is concentrating the main efforts on conducting offensive operations.. He carried out shelling from the entire spectrum of artillery in the areas of the settlements of Makeevka, Nevskoye, Belogorovka in the Luhansk region and Yampolevka, Torskoye in the Donetsk region.

In the Bakhmut and Avdeevka directions , the enemy continues to concentrate its main efforts on conducting offensive operations.. Objects in the areas of the settlements of Serebryanka, Disputed, Yakovlevka, Bakhmutskoe, Bakhmut, Experienced, Kleschievka, Andreevka, Kurdyumovka, Vesele, Avdeevka, Vodianoe, Pervomayskoye, Krasnogorovka, Kurakhovo, Marinka, and Novomikhailovka of the Donetsk region suffered fire damage from tanks and artillery.

In the Novopavlovsk direction, the enemy fired artillery at the areas of the settlements of Vuhledar, Novoukrainka, Prechistovka, Zolotaya Niva and Neskuchnoe in the Donetsk region.

In the Zaporozhye direction, the invaders are conducting defensive operations. Attacks from mortars, cannon and rocket artillery are being recorded at the positions of the Armed Forces of Ukraine and areas of settlements near the collision line in the Zaporozhye region.

On the Krivoy Rog and Kherson directions , the army of the Russian Federation in positional defense. Artillery shelling of units of the Armed Forces of Ukraine and settlements on the right bank of the Dnieper River, in particular the city of Kherson, does not stop.

According to the General Staff, the enemy continues to suffer significant losses.

"The defeat of the object of the Russian invaders in the area of the settlement of Energodar was confirmed. On November 26 of this year, six units of military equipment of various types were destroyed and about 30 servicemen were wounded. In the areas of the settlements of Pologa and Chernigovka of the Zaporozhye region, as a result of the actions of the Defense Forces, about 80 invaders were injured. The number of dead infidels is being specified," the report says.

In addition, about 30 units of damaged enemy military equipment were recorded for repair in the village of Golaya Pristan, Kherson region.

The Ukrainian missile and artillery units hit four areas of concentration of personnel, weapons and military equipment, as well as one other important military object of the enemy in a day.