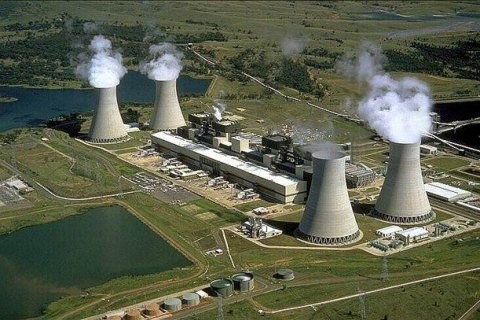 Russian intelligence is spreading another fake about the alleged storage of weapons provided by partners to Ukraine on the territory of the Rivne NPP.

This was reported by the Center for Counteracting Disinformation under the National Security and Defense Council of Ukraine.

Fake Russian intelligence statements say that "the Armed Forces of Ukraine have turned the territory of the nuclear power plant into their arsenals ... In particular, missiles for the HIMARS MLRS and other foreign air defense systems, as well as artillery ammunition are placed in warehouses."

"At the same time, the occupiers expressed the hope "that no one in Kyiv would think of deliberately blowing up ammunition depots at nuclear power plants in order to get more weapons from the West". We warn! This information is not true!” the JRC noted.

It is also noted that this "stuffing" of Russian intelligence contrasts particularly sharply with the message about "the start of the work of the IAEA mission at the Rovno nuclear power plant, which will record any threats that military operations may have."

"By publishing such disinformation, the enemy can prepare the basis for hiding future crimes against our state and exacerbating panic among Ukrainians," the center said.