Rashists plan to block the Kerch bridge for "military" Crimeans 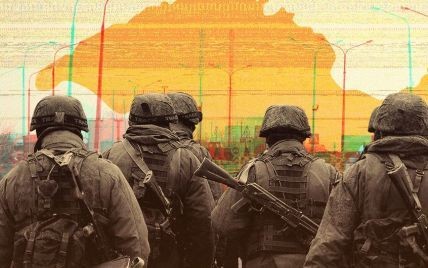 From September 19, departure from the Crimean peninsula for citizens of Ukraine, whom Russia considers liable for military service in the temporarily occupied Crimea, will be possible only with the permission of the "military registration and enlistment office".

Such letters are sent to Crimean transport enterprises by an illegal formation of the RF Ministry of Defense, which calls itself the "military commissariat of the Republic of Crimea."
The letter says that in order to travel through the Kerch Strait, "conscripts must have with them a written permission of the military
commissariat with the obligatory indication of the date of return" . 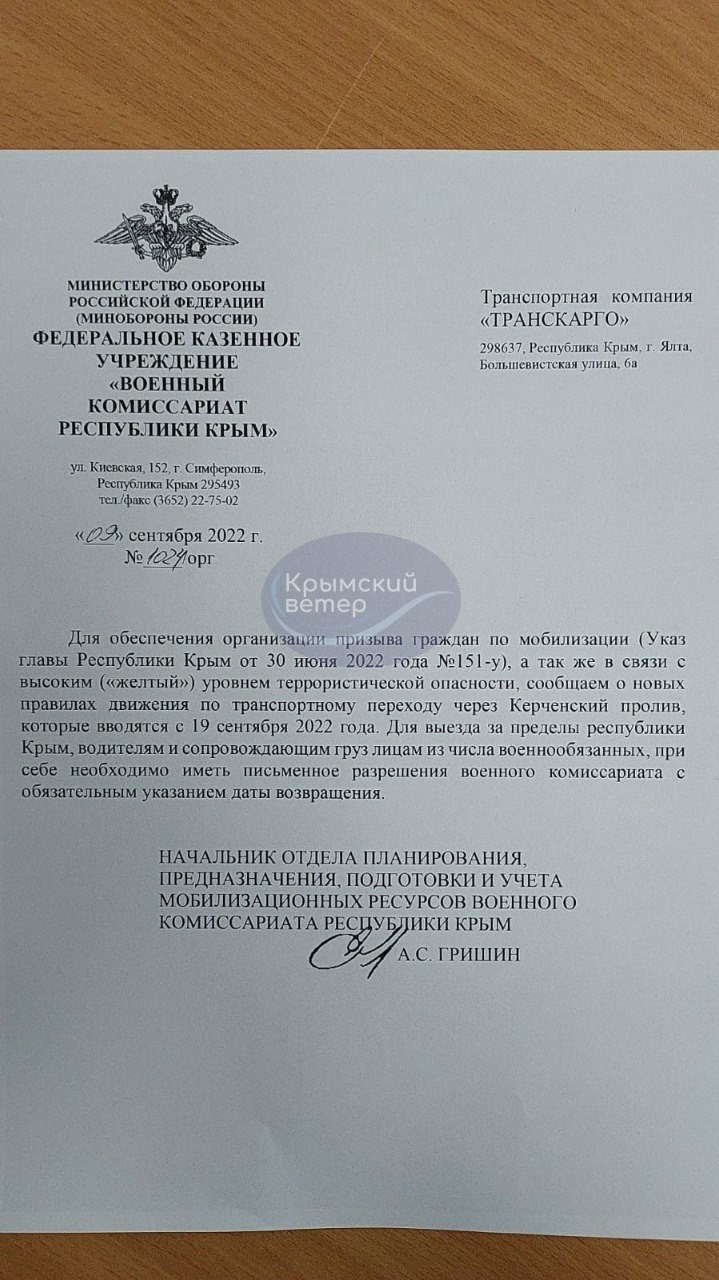 The day before, the occupation media reported that more than 1,200 residents of the temporarily occupied Crimea went to the war of the Russian Federation against Ukraine, allegedly voluntarily.. The Representation of the President of Ukraine in the Autonomous Republic of Crimea indicates that with its illegal mobilization, Russia again violates the norms of international law, because it forces the inhabitants of the occupied territory to fight against their own state.
In May, Ukrainian intelligence reported that the Russian authorities in occupied Crimea had ordered state-owned enterprises on the peninsula to send part of their employees to the military registration and enlistment offices, and that doctors were being forced to falsify the results of medical examinations by conscripts passing from illegal "military enlistment offices."

The presidential representative in the Autonomous Republic of Crimea, Tamila Tasheva, said that Crimeans are leaving for other countries because they are afraid of being drafted into the occupying army.

It is known that the General Staff of the Armed Forces of the Russian Federation supported the initiative of the head of the Nakhimov Military School to form a naval rifle regiment on the basis of the institution. This regiment is planned to be created allegedly for the defense of the temporarily occupied Crimea. A corresponding directive has already been developed, the regiment is going to be introduced into the Russian army. True, there is still no one to lead the companies and platoons of the regiment: officers and teachers of the institution write statements refusing to go to the front and ask to be transferred to other military educational institutions, the Representation of the President of Ukraine in the Autonomous Republic of Crimea notes.