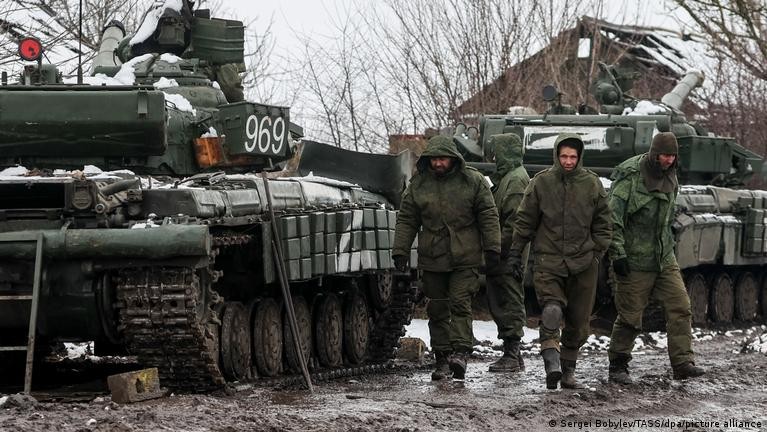 The invaders increased the number of railroad transportation of personnel, military equipment and ammunition to the areas of combat operations.

This was reported in the summary of the General Staff of the Armed Forces of Ukraine.

"The enemy has increased the volume of transportation by rail of personnel, military equipment and ammunition to the areas of combat operations," the report says.

During the day, the enemy launched 1 missile, 4 air strikes, and also made 16 attacks from multiple launch rocket systems.

The enemy continues to concentrate efforts on conducting offensive operations in the Limansky, Bakhmutsky and Avdeevsky directions. On Kupyansky - trying to improve the tactical situation. On Novopavlovsky, Zaporizhzhya and Kherson - defends.

The threat of air and missile strikes on critical infrastructure facilities throughout Ukraine remains.

In the Volynsky, Polessky, Seversky and Slobozhansky directions, the situation is without significant changes, no signs of the formation of offensive enemy groupings were found. The invaders plan to deploy a field hospital on the territory of Belarus.

In the Kupyansk direction, the enemy fired at the areas of fourteen settlements. In particular, these are Cherry, Ivanovka, Zapadnoe, Kupyansk and Sinkovka in the Kharkiv region and Kislovka, Yagodnoe, Kotlyarovka, Kuzemovka and Kolomyychikha in the Lugansk region.

In the Limansky direction, the invaders again inflicted a fire defeat on the areas of Makeyevka, Ploshchanka, Chervonopopovka and Dibrov in the Luhansk region.

In the Bakhmut direction , the enemy shelled areas of twenty-two settlements. Among them are Belogorovka, Yakovlevka, Bakhmut, Kleshcheevka, Belaya Gora, Kurdyumovka, Druzhba, Zheleznoe and Vesele in Donetsk region. In addition, air strikes were recorded near Spirnoye and Belogorovka.

In the Novopavlovsk direction , the enemy fired from tanks and artillery at the areas of Paraskovievka, Vuhledar, Zolotoy Niva and Bolshaya Novoselka in the Donetsk region.

In the Zaporozhye and Kherson directions, the Russian invaders continue to terrorize civilians living along the right bank of the Dnieper River. More than forty settlements were subjected to shelling from rocket and cannon artillery. In particular, these are Zheleznodorozhnoe, Volshebnoe, Orekhov, Magdalinovka and Kamenskoe in the Zaporozhye region and Kherson, Republican, Dneprovskoe, Yantarnoe, Belozerka and Stanislav in the Kherson region. The enemy also launched an air strike near Kamenskoye.

In order to strengthen administrative and police measures in the temporarily occupied territory of the Zaporozhye region, about 500 servicemen from the Russian Guard arrived in the city of Berdyansk.