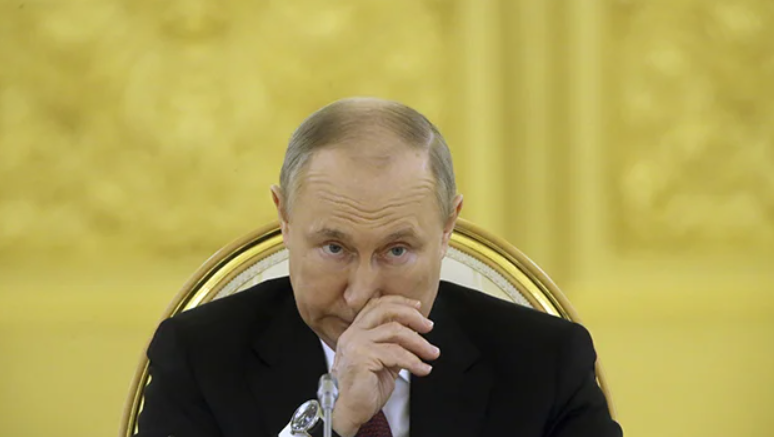 Russian President Vladimir Putin continues to refuse to treat Ukrainian President Volodymyr Zelensky as an equal and sovereign partner, and also denies Ukraine's right to exist as a separate state.

According to the Institute for the Study of War (ISW), this further suggests that Putin is not interested in serious negotiations with Ukraine.. In particular, statements in favor of this were made at Putin's press conference on December 22.

"Putin reiterated his formulaic and false claims that the US and Western countries have been interfering in Ukraine since the days of the Soviet Union, driving a wedge into alleged Russian-Ukrainian historical and cultural unity. Such statements will lead to the opinion that the formation of Ukraine as a sovereign state in 1991 was a falsification.

In addition, the Russian president said that Ukraine allegedly avoids a peaceful settlement of the conflict.

Putin also reaffirmed Russia's maximalist goal to "protect" the Ukrainian people from their government, meaning that Russia intends to force the Kiev government to capitulate .

Putin's rhetoric is part of an ongoing Russian information operation that denies Ukraine's legitimacy as a sovereign state, analysts say.
At the same time, Kremlin spokesman Dmitry Peskov said that Zelensky’s speech in the US Congress on December 21 and the transfer of Patriot air defense systems by the US to Ukraine only “proves” that the United States is waging a proxy war in Ukraine, and that there are no signs of readiness for peace negotiations.. In addition, Putin claims that Ukraine allegedly did not comply with the Minsk agreements with the connivance of the West.

“Such discussions are intended to disqualify Ukraine from upcoming direct talks on the erroneous assumptions that Ukraine has violated the Minsk agreements and that Kiev is not an independent player. Putin and Peskov’s statements are part of an attempt to convince the United States and NATO to bypass Ukraine and negotiate directly with Russia through Zelensky. This attempt is unlikely to succeed, given the repeated statements by US and European leaders about their determination that Ukraine will determine its own course," the ISW said.