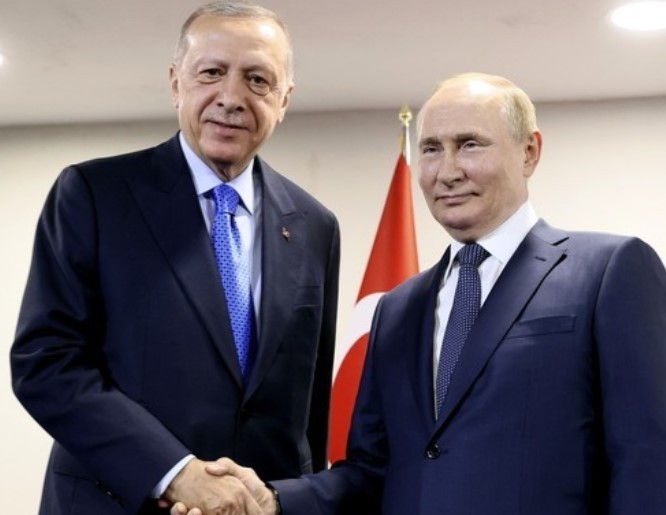 Russia wants Turkey's help to circumvent financial and energy restrictions, the consequences of which are becoming increasingly painful for the Russian economy.
This is reported by The Washington Post, citing Ukrainian intelligence data, as well as sources from both sides of the negotiations.

The publication recalls that the second meeting in the last two weeks between Russian President Vladimir Putin and Turkish President Tayyip Erdogan is taking place in Sochi. WP sources claim that the Russian delegation will try to convince the Turkish colleagues to turn the country into a hub that will allow Russia to bypass the most painful sanctions. First of all, we are talking about energy: Russia wants to get permission from Turkey to buy shares in the relevant infrastructure - oil terminals and oil refineries. Such investments from the Russian side will help circumvent the upcoming European Union oil embargo, the newspaper notes.

A separate layer of discussions is devoted to the banking sector. Russian authorities want the largest state-owned banks in Turkey to open correspondent accounts for Russian state-owned banks and help in the cooperation of financial sectors. The Russian side also asks to remove restrictions on business, which currently prohibit the activities of Russian industrial companies inside special economic zones.

However, there is no evidence of the Turkish authorities' readiness to help Russia with its requests, since banking support will lead to the imposition of secondary sanctions already on Turkish organizations, the newspaper notes.. Officially, the officials refuse to comment on the subject of negotiations between the leaders of the countries, but the representative of the Turkish delegation noted that their country supports the sovereignty and independence of Ukraine. When asked about non-alignment with the sanctions, he said that this is a principled position and Turkey is ready to consider joining the restrictions only within the framework of the UN.
European officials were unaware of Turkey's proposals, but the EU is aware of Russia's active search for new allies to help it circumvent the restrictions. According to them, Russian representatives are now actively traveling the world in search of any help, and Turkey is no exception due to the “weak force of law” in this country.

The urgent need to find allies is caused by the growing threat of sanctions imposed by Western countries against Russia. Despite the pathos of the speeches of officials, including Vladimir Putin, the problems in the economy are becoming more and more acute, the publication claims. Economists interviewed by WP note that serious problems are already observed in industry, pharmaceuticals, and they call the banking sector a “zombie system” due to the restrictions imposed by the Central Bank.

Russia has previously tried to circumvent sanctions with the help of Chinese banks, according to a Russian source of the publication, but did not receive support - financial institutions did not want to take on the risks of sanctions. At the same time, there are already partial successes from cooperation with Turkey and China.. The latter increased the supply of Russian oil and gas, albeit at a discount, and, like Turkey, Azerbaijan and Israel, increased the import of consumer goods. However, Russia's trading partners are unlikely to be able to replace high-tech products, the newspaper claims.