Cannon fodder is running out: Russia is recruiting Central Asian citizens for the war in Ukraine 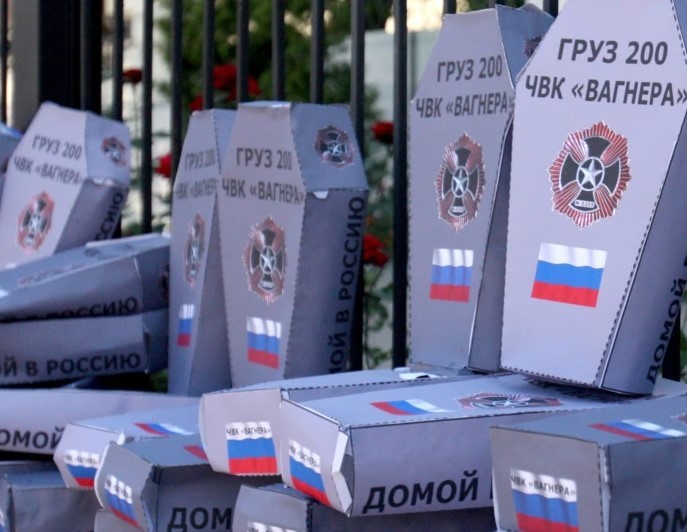 In the public pages of the countries of Central Asia, in particular, in Kyrgyzstan, advertisements for employment in a private security company (private security company) in Russia are distributed.
By phone, the applicants are informed that the work as a security guard is no longer relevant, but there is another offer - performing tasks in the “own” zone. They promise 240 thousand a month for work, and after six months of service - help with Russian citizenship. However, no compensation is provided in case of injury.

Admission conditions are minimal: military training is not required, criminal records do not play a role. You just need to delete all social media accounts and use a feature phone without a camera. All applicants are invited to the farm "Molkino" near Krasnodar. Back in 2016, the media wrote that there was a base and a recruiting center for PMC Wagner.
Russia is also trying to recruit mercenaries from representatives of remote regions. To this end, a campaign is actively unfolding under the slogan "one battalion from each subject of the federation" - the Kremlin has obliged each of the 85 Russian regions, including the occupied Crimea and Sevastopol, to form and financially stimulate one new battalion of "volunteers" to participate in the war against Ukraine.
To avoid unwanted announcements of mobilization, the recruitment of military personnel is carried out through private military companies, the National Guard and the "LDNR"