More than a hundred foreign scientists, journalists and politicians promote pro-Russian narratives around the world 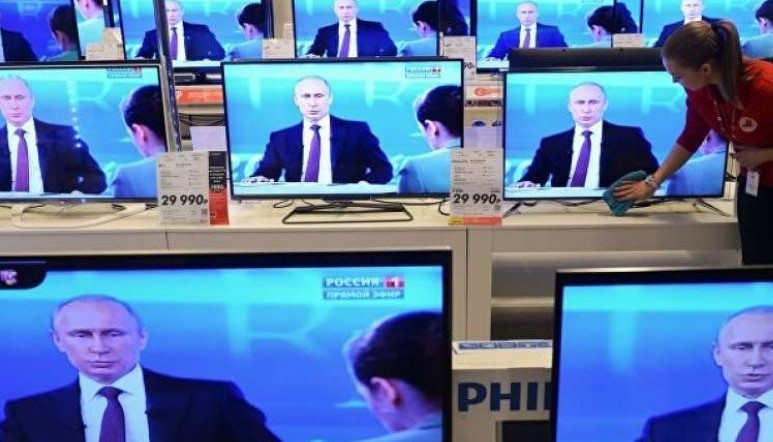 More than a hundred representatives of the international community - scientists, military, journalists and politicians - directly or indirectly promote pro-Russian narratives.

This is evidenced by the data of the Center for Counteracting Disinformation under the National Security and Defense Council of Ukraine (CPD).

Analysts of the Center conditionally divided them into three groups:
Among them are citizens of the USA, India, China, Germany, Norway, Sweden and other countries.
According to the JRC, the potentially greatest challenge for the information security of Ukraine is the conditional third group, represented mainly by influential people - analysts, MEPs and international journalists. 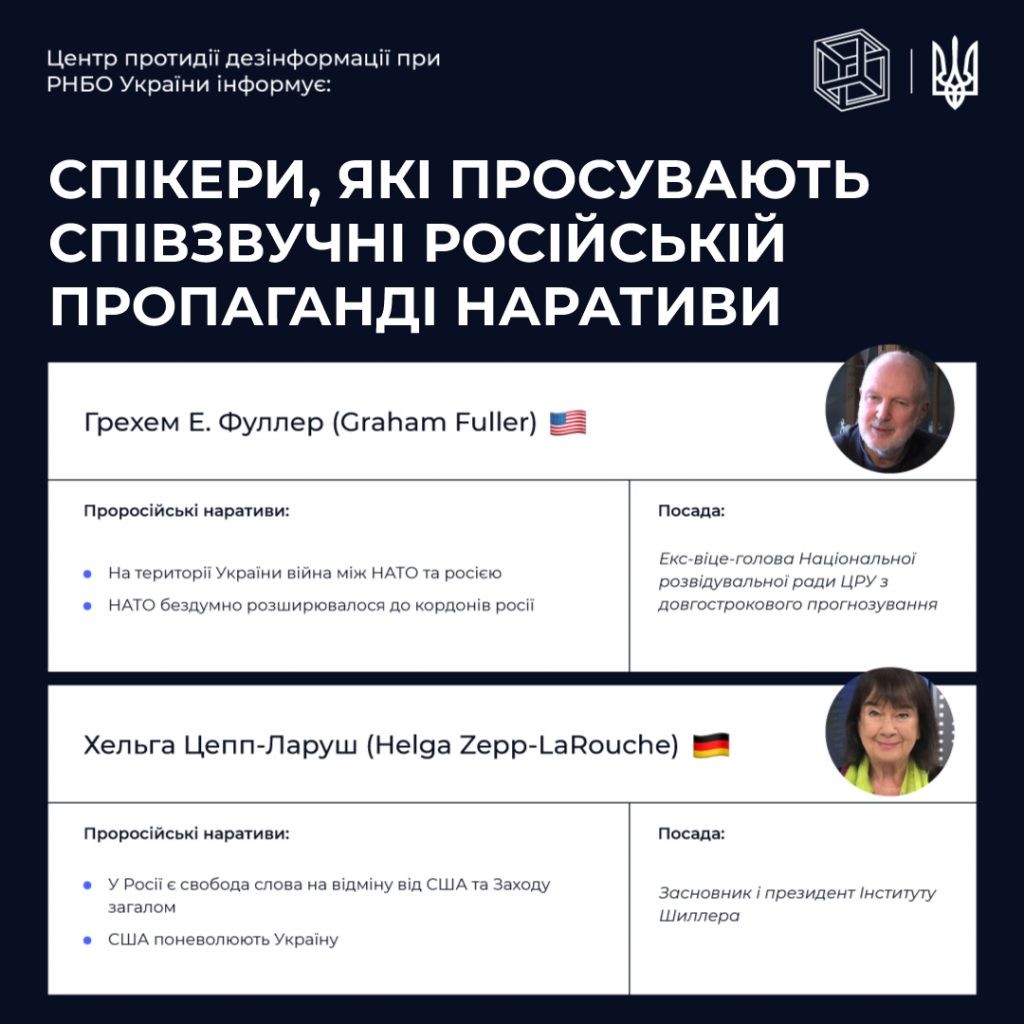 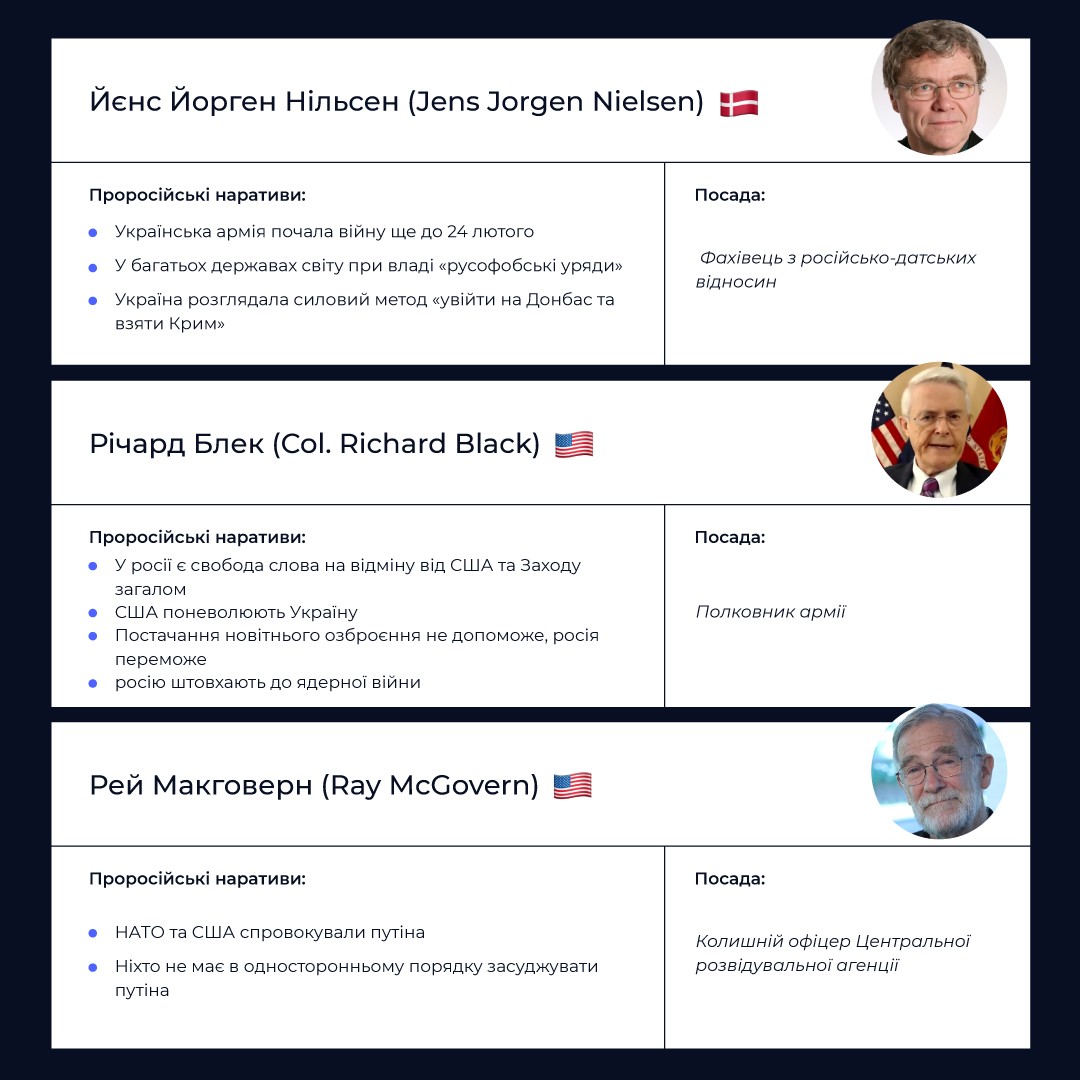 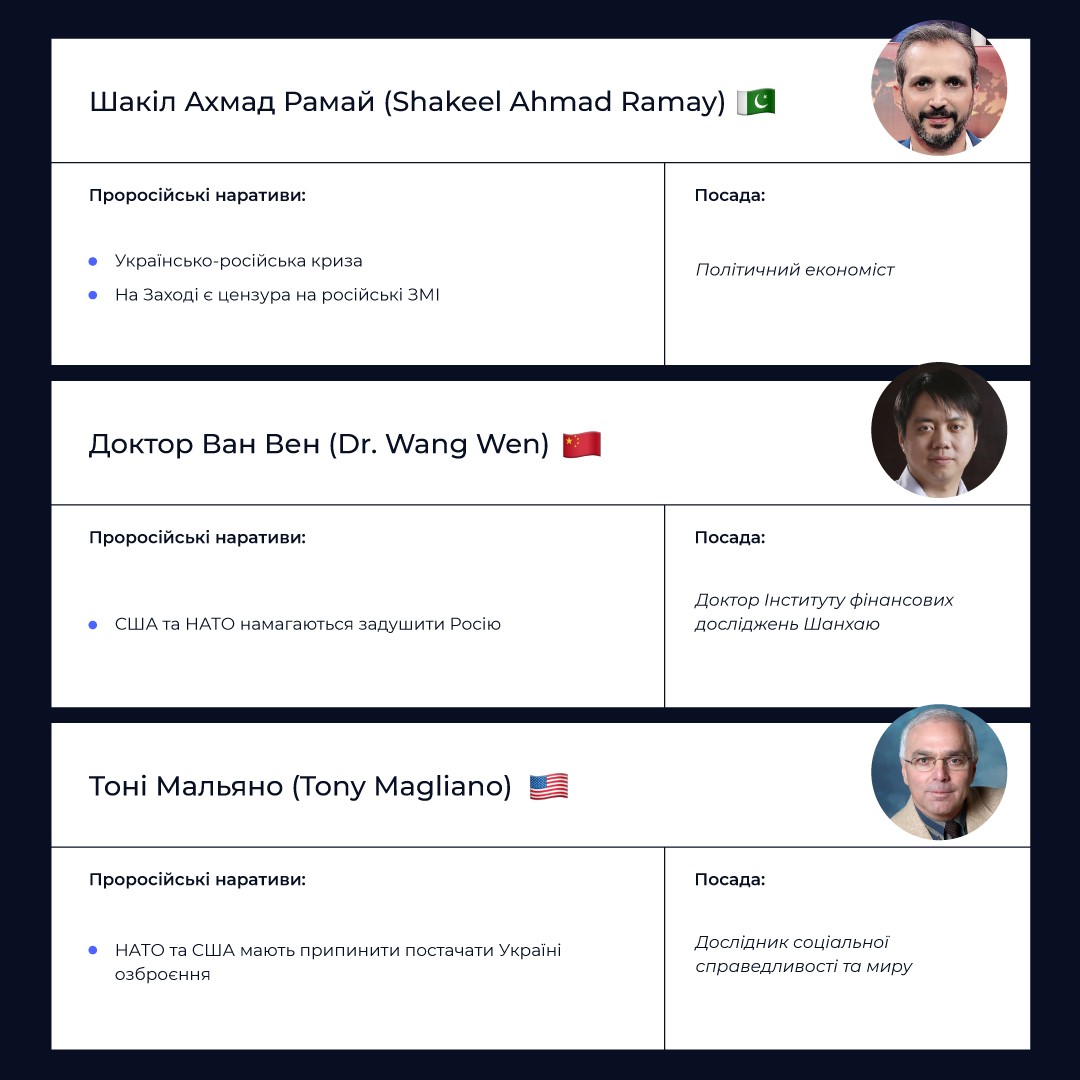