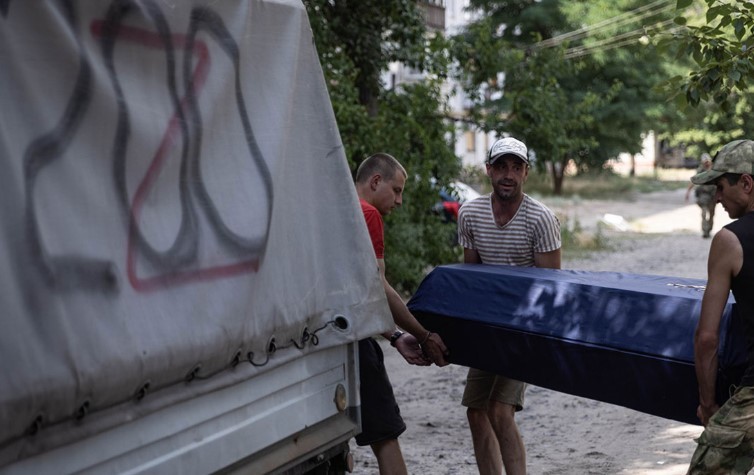 According to the US authorities, the losses of Russians in the war have already exceeded 75 thousand people killed and wounded.. This was announced by the US presidential administration to members of the House of Representatives during a closed briefing on the situation in Ukraine, Democratic congresswoman Elissa Slotkin told CNN.

“This is a lot, ” she said, noting that more than 80% of the Russian ground forces are “bogged down” in their actions and feel tired.

As The New York Times notes, if the Biden administration's current assessment is correct, it represents a staggering loss.. The number of Russian troops in Ukraine in the spring reached 150 thousand people, which means that about half of them may already be disabled.
According to her, the main topic at the meeting was the further measures of the United States to support Kyiv in the next three to six weeks.

“Ukrainians want to go south, carry out several operations there. And we want them to succeed,” said Slotkin.. “They really want to kick the Russians in the hat a couple of times before the onset of winter.”

The congresswoman added that both Democrats and Republicans expressed support for the idea of providing the Armed Forces with long-range guided tactical ballistic missiles of the ATACMS series, which can hit targets at a distance of up to 280 kilometers.. It was them that Kyiv previously requested as an addition to the existing HIMARS installations, the attack range of which now does not exceed 78 kilometers.
At the same time, last week US national security adviser Jake Sullivan said that Washington did not plan to supply ATACMS missiles to the Ukrainian military because of the fear that they could be used to strike Russian territories, which would lead to an even greater escalation of the military conflict.

Earlier, the head of the Armed Forces Committee of the House of Representatives, Adam Smith, said that the United States would increase the number of HIMARS systems Ukrainians have from 12 to 25-30 units.

According to the Ministry of Defense of Ukraine, they need at least 50 HIMARS installations and M270 missile systems for the defense of the country, and 100 for the offensive.