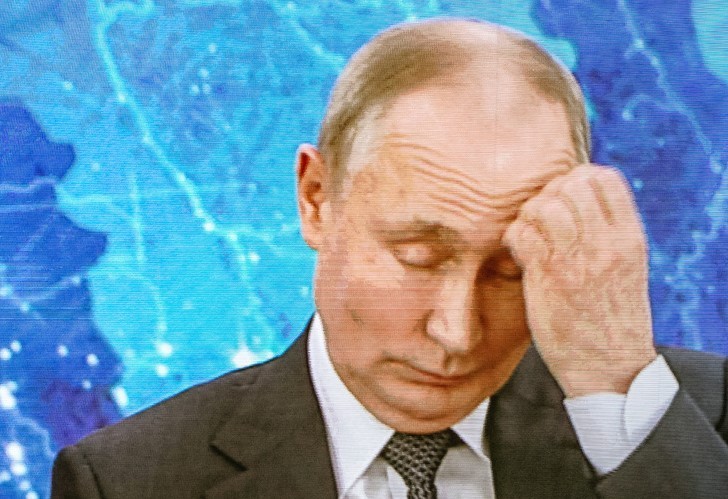 Deputies of the council of the Smolninskoye municipal district in St. Petersburg filed an appeal to the State Duma demanding that Putin be accused of treason because of the war in Ukraine.
This was announced by the deputy Dmitry Palyuga.

According to Palyuga, out of ten people, seven deputies voted in favor. 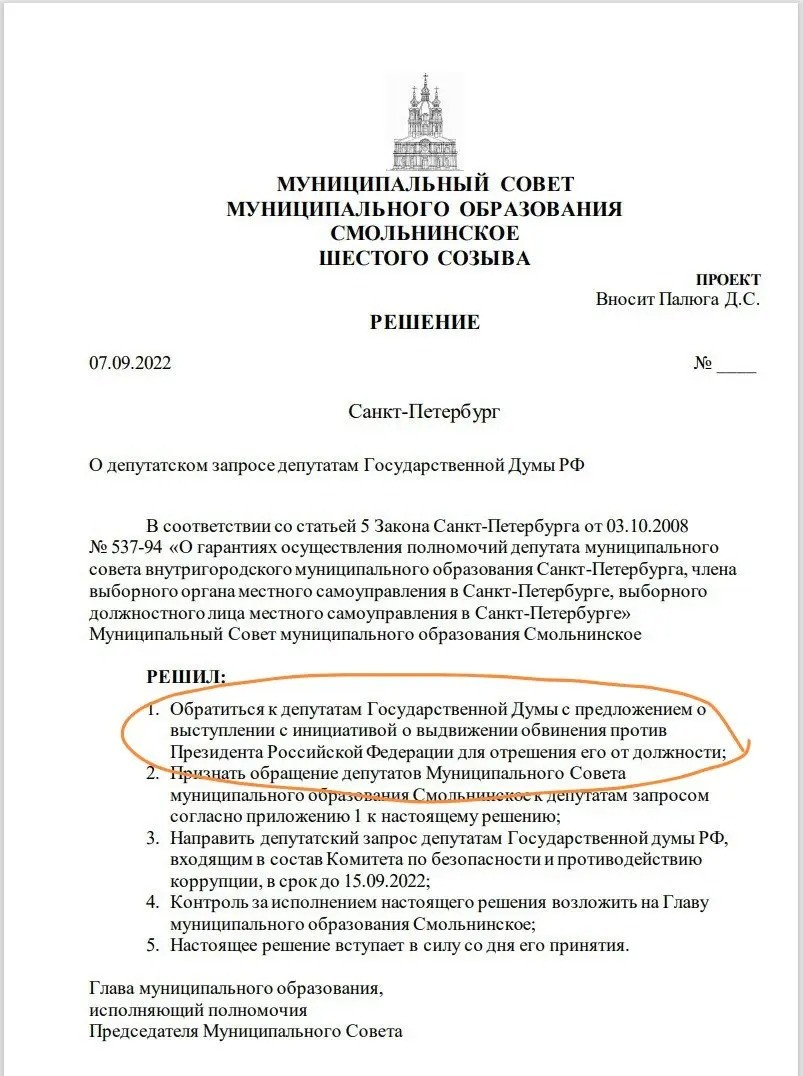 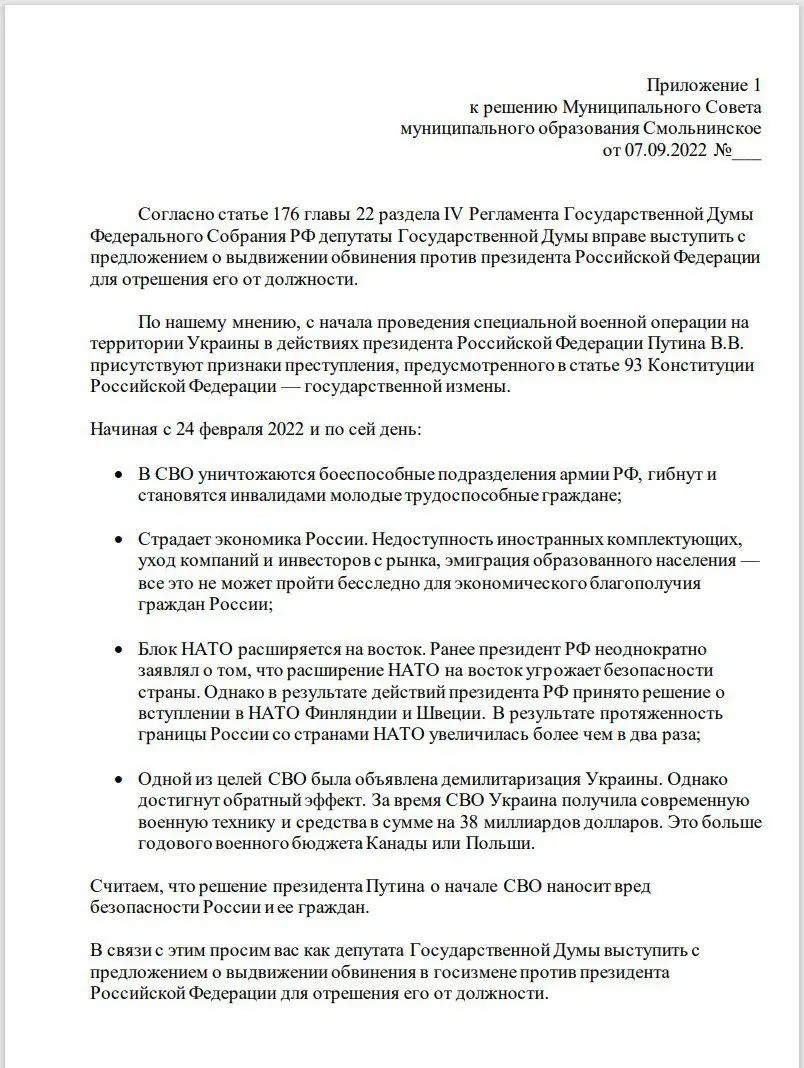 According to the authors of the appeal, Putin's actions from the beginning of the so-called "special military operation" fall under Article 93 of the Constitution, according to which the president can be removed from office on the basis of charges of treason or other grave crimes brought by the State Duma.
The Russian president's decision to attack Ukraine "harms the security of Russia and its citizens," the appeal says, as the Russian army loses its combat-ready units and citizens become disabled. The authors of the appeal also draw attention to the fact that the withdrawal of foreign companies from the market and the emigration of the educated population cannot “pass without a trace for the economic well-being of Russian citizens”. The deputies note that the NATO bloc, contrary to the stated goals, is expanding to the east, and Ukraine is receiving modern military equipment.

“One of the goals declared by the President of Russia is the demilitarization of Ukraine, and we see that exactly the opposite is happening.. It’s not that we fully support the goals declared by President Putin, but simply within the framework of his own rhetoric, he harms the security of the Russian Federation,” he explained. “ We want to show people that there are deputies who do not agree with the current course and believe that Putin is harming Russia. We want to show people that we're not afraid to talk about it."

According to Palyuga, in response to their appeal, they are likely to receive "some kind of replies."

"This is not the first time. We have already received various replies from both the presidential administration and the Duma. It was more important for us to demonstrate to people who do not agree with what is happening in the country now, do not agree with the course of power, that there are deputies who also do not agree with this, and that we are ready to talk about it out loud. This is a public gesture, we all understand that now the political field has been cleared in Russia, but there is no freedom of speech. But we use our legal rights to interact with other authorities in order to express our position," the municipal deputy said.

In March, shortly after the start of the Russian invasion of Ukraine, the Smolninsky Council sent a parliamentary request to Putin calling for an end to the bloodshed, the withdrawal of troops from Ukraine and resignation. 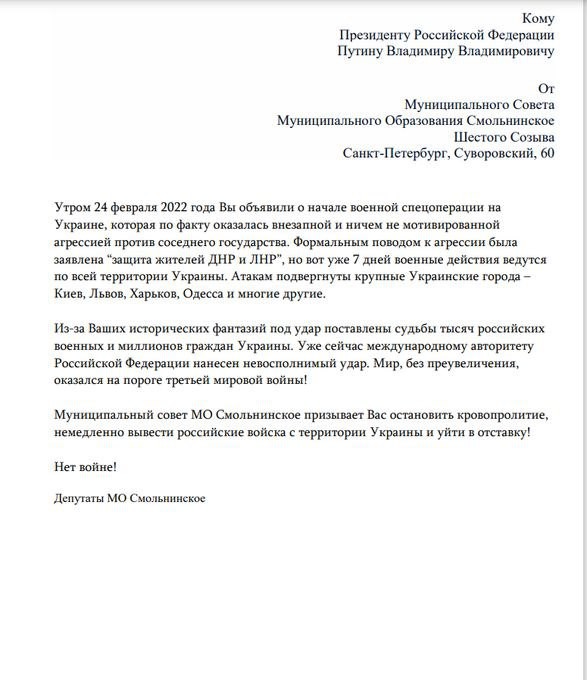