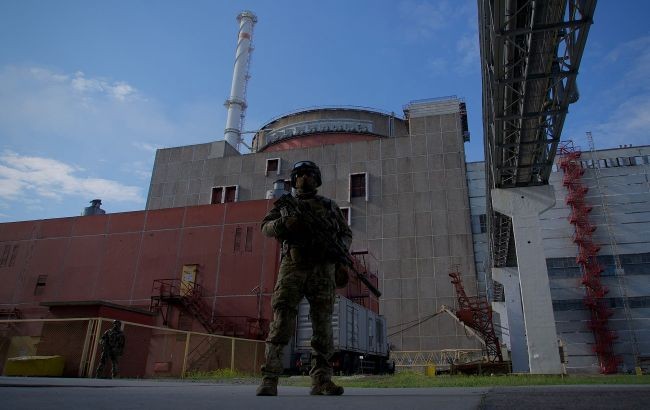 The military personnel of the Russian Federation who are at the temporarily captured Zaporizhzhya nuclear power plant are exerting moral and psychological pressure on the workers of the nuclear power plant. They are forced to obtain Russian passports and enter into employment contracts with the state atomic energy corporation Rosatom.

This is stated in the evening summary of the General Staff of the Armed Forces of Ukraine.

In general, the situation over the past 24 hours looks like this - the Russian military is trying to hold on to the temporarily occupied territories, is concentrating its efforts on trying to disrupt the active operations of the Defense Forces in certain directions, and does not stop trying to conduct offensive operations in the Bakhmut and Avdeevsky directions. The forces of the Russian Federation are regrouping units of their troops in separate areas.

The Russian forces continue to shell the positions of Ukrainian troops along the line of confrontation, carry out remote mining of the territory in certain directions and conduct aerial reconnaissance. Attack civilian infrastructure and civilian homes in violation of International Humanitarian Law and the laws and customs of war.

The threat of air and missile strikes throughout Ukraine remains. During the current day, the invaders launched three missile and two air strikes, carried out more than fifteen attacks from multiple launch rocket systems.

Objects and the civilian population of more than 20 settlements suffered from the blows of the Russian forces. Among them are Bila Tserkva, Redkodub, Seversk, Soledar, Belogorka, Karlovka, Zaporozhye, Nikopol, Krivoy Rog and Mirnoe.

In the Volyn and Polesye directions, the situation has not changed significantly.

In other directions, the Russian forces carried out shelling:

Over the current day, units of the Defense Forces of Ukraine repelled the attacks of infidels in the areas of the settlements of Vyimka, Bakhmutskoye, Bakhmut, Mayorsk and Novomikhailovka.

In the temporarily captured city of Energodar, the invaders continue to exert moral and psychological pressure on the workers of the Zaporozhye NPP. Thus, according to available information, threat workers force them to obtain Russian passports and enter into employment contracts with the state atomic energy corporation Rosatom.

As a result of the successful actions of the Defense Forces in the Kherson direction, the units of the Russian Federation suffered losses and are trying to evacuate the wounded and equipment to the nearest crossings across the Dnieper River. In particular, the Russian forces moved about 150 wounded servicemen and about 50 pieces of damaged military equipment to the village of Veseloe, near the Kakhovskaya hydroelectric power station.

In the temporarily occupied territory of the Luhansk region, due to the large number of wounded and the overload of local medical institutions, the Russian army equipped and uses the school as a military hospital. According to preliminary information, there are up to 200 wounded soldiers there.

The command of the units of the Russian occupation troops continues to recruit prisoners in order to make up for the loss of personnel. According to preliminary information, more than 650 prisoners from strict regime penal colonies in the Stavropol Territory agreed to participate in hostilities on the territory of Ukraine.

Aviation of the Defense Forces delivered more than ten strikes during the day. The defeat of nine areas of concentration of weapons and military equipment, as well as two enemy anti-aircraft missile systems, was confirmed. In addition, Ukrainian air defense units shot down seven hostile UAVs.. Six of them are Iranian-made.

During the day, missile troops and artillery hit two command posts, twelve areas of concentration of manpower, weapons and military equipment, as well as ten other important objects of the forces of the Russian Federation.