The occupiers are "preparing" ZNPP employees for the upcoming IAEA mission 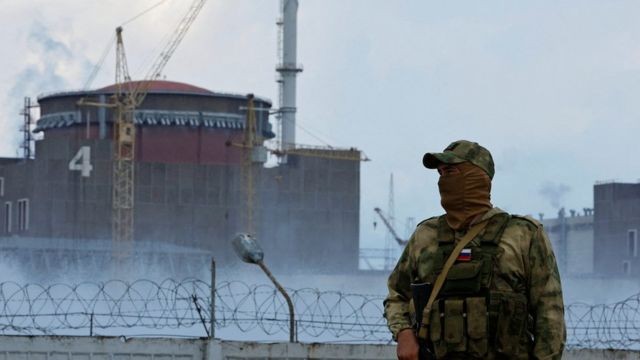 The International Atomic Energy Agency has formed the composition of the mission to the Zaporozhye nuclear power plant, reports The New York Times on Saturday, August 27.

The mission includes the head of the IAEA, Rafael Mariano Grossi, and 13 other experts from mostly neutral countries.

It is noted that neither the US, nor the UK, nor other countries that provide strong military support to Ukraine, will not be represented in this mission.

Earlier, the Ministry of Energy reported that the visit of the IAEA mission to Zaporozhye NPP is expected next week.

Now the atmosphere of horror reigns at the station. Atomic workers are afraid of the mission, because the occupiers will arrange provocations to blame Ukraine for everything. In addition, on the eve of the IAEA visit, the invaders want to reduce the presence of Ukrainian personnel to a minimum, and put several Russians in each room of the control center who will "shout loudly that they were waiting for" liberation "from the regime in Kyiv."

Russian special services torture employees of the occupied Zaporizhzhya nuclear power plant so that they do not tell IAEA inspectors anything about security risks at the plant. This is reported by The Telegraph.

The invaders take them to the basement, after which the nuclear workers go out and don't talk at all. Probably, during the visit of the IAEA mission, they will begin to say what they were ordered to.

Recall that on August 25, ZNPP was completely disconnected from the power grid for the first time in history, but the plant workers managed to connect two power units to the grid.