Not HIMARS, but "Wagnerians" could be related to the explosion in Yelenovka 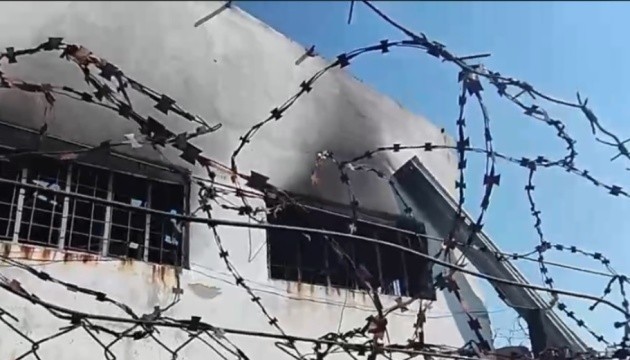 Analyzing the video from the site of the terrorist attack in the Yelenovskaya colony, where dozens of Ukrainian prisoners of war were killed, experts from the American Institute for the Study of War (ISW) concluded that these could not have been the consequences of a HIMARS multiple rocket launcher strike.. This is stated in the new report of the organization, published on the night of July 30.

The Russian Defense Ministry claimed that Ukrainian troops deliberately attacked the Yelenovsky pre-trial detention center, which contained Ukrainian prisoners of war, including servicemen of the Azov regiment, from Western HIMARS systems, killing at least 40 and injuring 75 prisoners of war, recalled in ISW.

The Kremlin-sponsored news agency RIA Novosti has published videos of a pre-trial detention center showing fire damage.. But not the ones that HIMARS could strike," the report says.

Military experts also note that Russian propaganda resources, although they published footage of fragments of the HIMARS rocket, did not provide evidence that the fragments were found in Yelenovka.

But in the latest report of the Main Intelligence Directorate of the Ministry of Defense of Ukraine, the murder of Ukrainian prisoners in Yelenovka as a result of an explosion was organized in order to hide from the Moscow authorities the large-scale theft of funds allocated for the maintenance of the colony.

According to Ukrainian intelligence, the explosion was organized by militants of the so-called Wagner PPK on the personal command of the Russian oligarch Yevgeny Prigozhin, who oversees this organization.. The GUR stressed that this attack was not coordinated with the Ministry of Defense of the Russian Federation.

“The main goal of the terrorist act is to conceal the facts of the total embezzlement of funds allocated for the maintenance of Ukrainian prisoners of war. It is known that on August 1, a commission from Moscow was supposed to arrive at the facility to check the expenditures of the allocated funds and the conditions of detention of prisoners, ”the intelligence says.

It is noted that the real state of the building and the conditions of detention of prisoners did not even meet the requirements put forward by the Russian leadership. "The solution to the problem" was an organized explosion, according to Ukrainian intelligence.

Recall that the SBU also believes that the Russians themselves blew up the barracks with prisoners. The agency refers to the interception of militant conversations.

Recall that President of Ukraine Volodymyr Zelensky called on the UN and the Red Cross, as guarantors of the lives of Azov and other captured soldiers of the Armed Forces of Ukraine, to respond to the brutal murder of Ukrainians in Yelenovka.

Earlier it was reported that the administration of US President Joe Biden is considering the possibility of including Russia in the list of countries sponsoring terrorism.