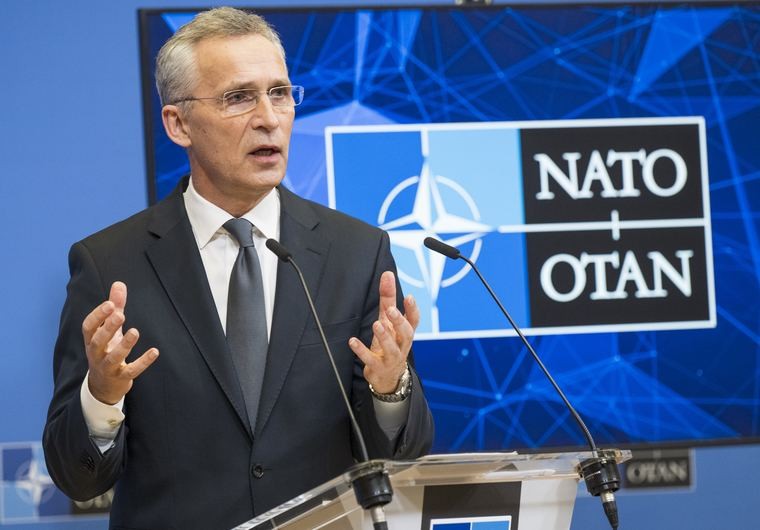 NATO Secretary General Jens Stoltenberg during the NATO exercise Neptune Strike 2022 in the Mediterranean Sea said that the North Atlantic Alliance will not allow Putin to win the war he unleashed against Ukraine.

“The war did not start in February of this year. The war started in 2014. Then Putin illegally annexed Crimea and began to control the eastern part of Donbass. What happened in February is a full-scale escalation, a full-scale war, a war of conquest by Russia against Ukraine,” the head of NATO recalled.

He added that Kyiv will continue to receive support from NATO for as long as necessary.

“We cannot let Putin win. It would be a disaster, a tragedy for the Ukrainians, but it would also make us NATO members more vulnerable. Because then the president of the path might come to the conclusion that he can achieve his goals with the help of military force.. In this case, this lesson would have been learned not only by him, but by all the authoritarian leaders of the world,” Jens Stoltenberg emphasized.

The second point he noted was that "all wars end at the negotiating table."

“At the same time, we know that what Ukraine can achieve at the negotiating table depends entirely on what it can achieve on the battlefield,” the Secretary General is convinced.

In this regard, he noted that NATO allies, by supplying Ukraine with military support, are trying to "maximize the result that will be acceptable to Ukraine, and minimize the time in which this can be achieved."

“The stronger Ukraine is on the battlefield, the sooner a political solution will be reached that will ensure that Ukraine wins as a sovereign independent state in Europe,” Stoltenberg said.

He pointed out that wars are "by their nature unpredictable".

“But what we have seen over the past weeks and months is that the Ukrainians are making significant progress and were able, first of all, to push the Russian invading troops from the north, from the territory around Kyiv, and then to stop the Russian offensive in the Donbass and push them out, freeing the territories of Kharkov and now in the south. This is a great example of the courage of the Ukrainian Armed Forces, which we respect, as well as the Ukrainian people and their leadership, and the support of the allies was critical to this success,” said the NATO Secretary General.