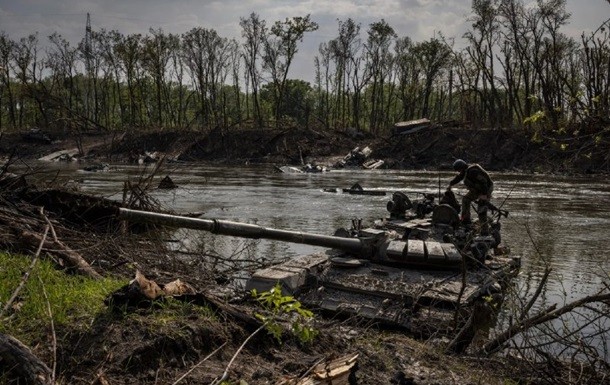 The Armed Forces of Ukraine at the crossing over the Seversky Donets destroyed more than 400 Russian soldiers in a few days.

This is reported by the journalists of The New York Times.

Such details were told to journalists by the Ukrainian military. The crossing of the invaders across the river in early May became one of the deadliest battles for the Russian army.

A short walk through the woods revealed pieces of torn Russian military uniforms hanging from trees, an eerie reminder of the soldiers who died violently here.

Russian forces tried to surround Ukrainian soldiers in the nearby city of Severodonetsk, but instead found themselves surrounded by a river and Ukrainian front lines. At least 400 Russian soldiers died, mostly from artillery shelling.

"As the war rages across the rolling plains and forests of eastern Ukraine, troop maneuvering has largely become an attempt to trap. But, as the deadly encounter on the bridge showed, such a tactic comes with serious risks. Unable to capture major cities such as Ukraine's capital, Kyiv, or break off the entire Black Sea coast, the Russian military attempted to encircle Ukrainian forces in the east. This effort seems difficult now that Ukraine has blocked one of the main offensive routes near the town of Izyum.

The publication writes that the immediate goal of the Russian forces was a small encirclement of Severodonetsk, the easternmost city of Donbass, still under Ukrainian control.. Artillery attacks by Russian troops approaching from three directions devastated the city, cutting off water and electricity, and at least six people were killed in the past 24 hours.

Russia's strategy has been to use the blunt instrument of its army's massive artillery to strike at Ukrainian forces, making incremental gains in the Luhansk region of Donbass. Military analysts and Western intelligence officials believe Moscow's forces will have to face fierce fighting in an urban setting. if they try to completely capture Severodonetsk, and that it will be difficult for them to launch an offensive deep into Ukraine," the journalists write.

Shmygal called on the international community to influe...

The aggressor country has found new ways to spread its...

Ukraine needs to ensure the supply of ammunition to HIM...

A large database of potential collaborators has been co...

A large database of potential collaborators has been co...

The aggressor country has found new ways to spread its...

Ukraine needs to ensure the supply of ammunition to HIM...

Shmygal called on the international community to influe...