On the border with the Belgorod region, the Russian military sit without food and communications - GUR 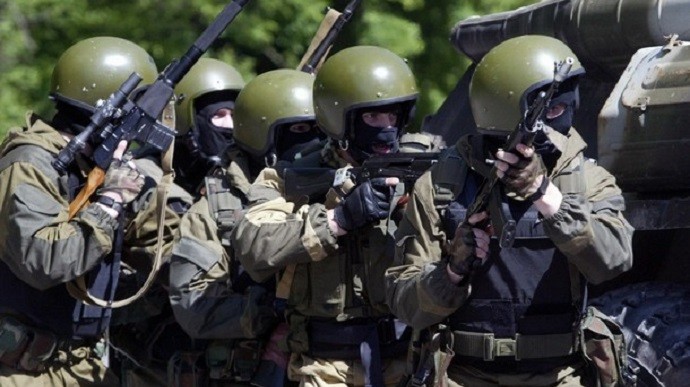 Near the border with the Belgorod region, the military of the Russian Federation has no supply of food, ammunition and no communication with the command.

This was reported by the Main Directorate of Intelligence of the Ministry of Defense of Ukraine.

"Many invaders have concentrated near the Russian border in the Belgorod region. They have no connection with the command, there are no supplies of food and ammunition," the statement said.

The GUR reports that units of the 20th Guards Combined Arms Army of the Russian Federation (military unit 12721) suffered heavy losses during the retreat from Izyum and Balakleya. In some companies, about half of the personnel remained. The survivors move towards the Russian border to return to Russia.

The invaders, who retreated from Izyum towards the occupied Donetsk region, are waiting for the delivery of ammunition and fuel.

The intelligence added that as a result of the successful counter-offensive of the Armed Forces of Ukraine, there is a reluctance among the personnel of the Russian troops to participate in further hostilities, including due to late payment of salaries.

In order to stop the mass exodus of servicemen from the battlefield, the Russian command sets up so-called "barrage detachments" in the rear.

According to the Main Intelligence Directorate, the commanders of the 4th separate motorized rifle brigade of the 2nd Army Corps received a message: "A barrage detachment has been deployed in the rear zone. All retreating troops will be destroyed. Commander's order number 222. Bring it to all posts."