Crimean bridge to be repaired until autumn 2023 - British intelligence 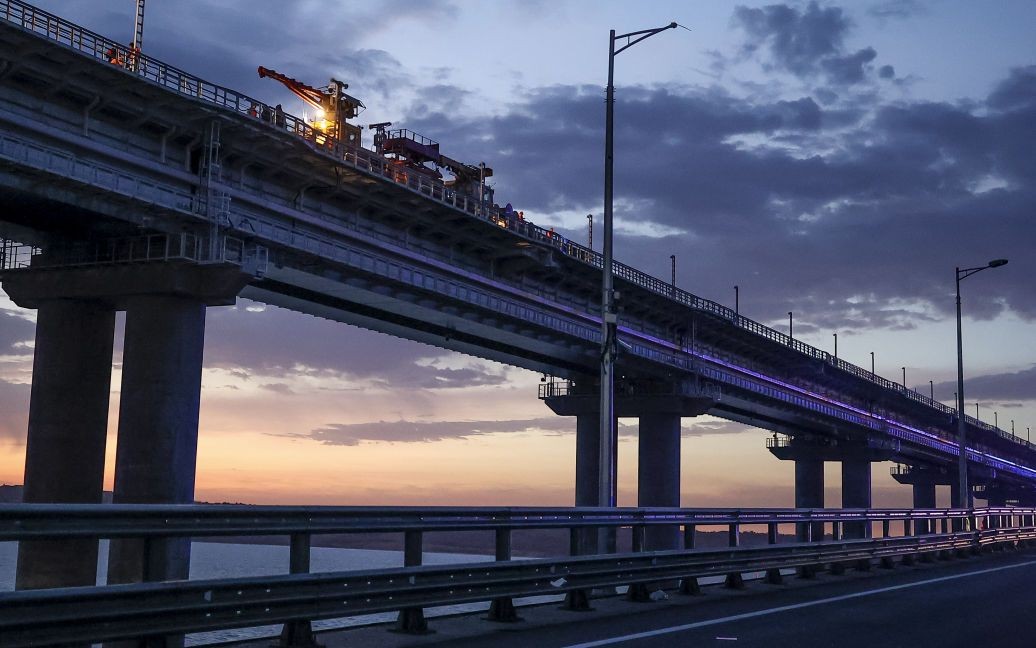 The Crimean bridge is unlikely to be fully operational until September 2023, despite all efforts to repair it, the UK Ministry of Defense reports, citing British intelligence.

According to intelligence, on November 8, the road bridge was supposed to be closed to move and establish a replacement for the 64-meter span.. Three more spans will be needed to replace the damaged sections of the road.

"While Crimean 'officials' claimed that these additional spans would be installed before December 20, Russian President Putin's briefing noted that work on another carriageway would result in traffic disruption until March 2023," British intelligence said in a statement.

It is planned to replace the damaged section of the railway bridge by September 2023, although the Russian vice prime minister said that the repair timeline would be accelerated, the intelligence officers noted.

“One track is open, but rail traffic remains limited. Repair work will be highly dependent on weather conditions during the winter months," the British intelligence report said.

As noted in intelligence, the attack on the Crimean bridge led to a break in the logistics of Russia in the Crimea and southern Ukraine. This has reduced Russia's ability to move military equipment and troops into the area by rail or road. 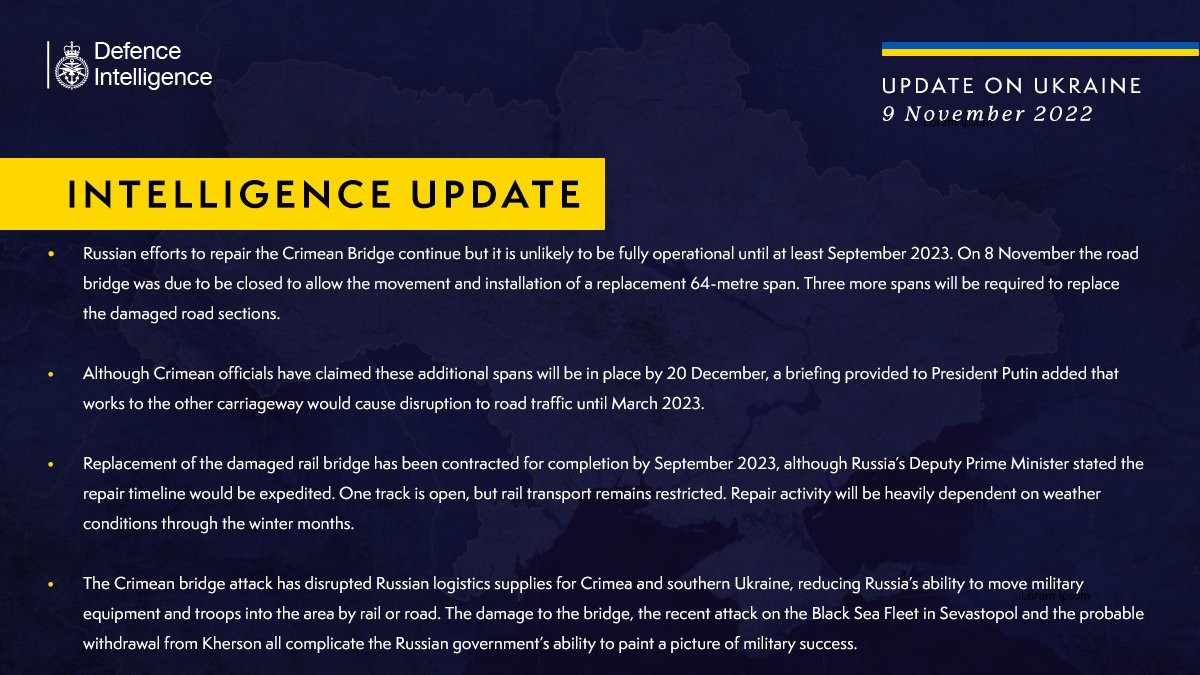