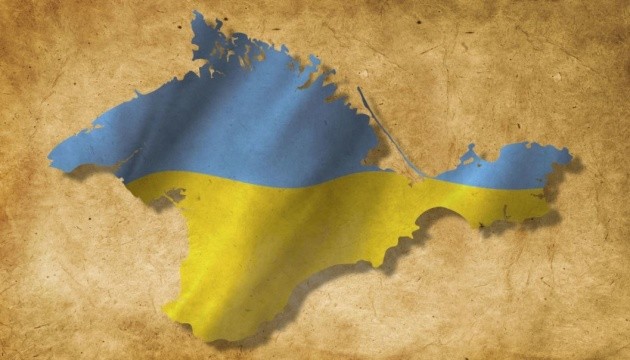 "Head of the Crimean administration" Sergei Aksyonov, appointed from Moscow after the annexation of the peninsula by Russian troops, recorded a video message in which he threatens criminal punishment for Crimeans who "go to public events, sing the Ukrainian anthem and shout nationalist slogans."
According to him, recently such videos began to appear on the Internet.

"Nationalist slogans are chanted at public events, anthems are sung, especially during the period of the "special military operation". This will be punishable under criminal law - both the organizers and the participants," Aksyonov said.

According to Aksyonov, residents of Crimea will be identified by video recordings, fired from their jobs and their businesses closed.

The day before in the Crimea, at the wedding of local residents, they turned on "Oh, there is red viburnum in the blue". A video of dancing to a Ukrainian song hit the net and caused hysteria among the invaders.
In Russian telegram channels, they began to distribute the recording and search for people present in the video.

"Crimea, Bakhchisarai, 10.09.22, restaurant "Arpat", the wedding is celebrated by residents of the city, as well as the settlements of Dolinnoye, Furmanovka, Novenkoe. The Nazi song "Red viburnum" plays. Creatures, we will find everyone, we will ask everyone, ”the message of the pro-Russian public says.