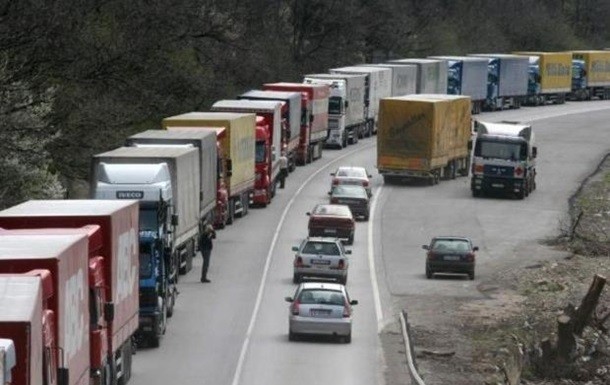 The situation on the Ukrainian-Polish border is becoming critical and could turn into a catastrophe. The reason lies in the low efficiency of the Polish phytosanitary and veterinary control services. Deputy Minister of Infrastructure Mustafa Nayem wrote about this on his Telegram channel.

"Queue. Kilometer. Multi-day. This week, a historical record was broken: the queue of trucks at the Yagodin checkpoint on the Polish border reached 45 (!) kilometers ... Drivers live on the sidelines near checkpoints, in terrible conditions, for a week or more, losing income," Nyem said.

According to Nayem, this situation has developed because of the Polish side.

“The main reason for these queues is known to everyone - this is the low efficiency of the work of the Polish services conducting phytosanitary and veterinary control. Not only carriers know about this, but also representatives of the same regulatory authorities in both countries. But for some reason they talk about it in a whisper so that no one offend. It seems to me that by not acknowledging the problem, we only exacerbate it," Nayem wrote.

Since the beginning of the full-scale Russian invasion, phytosanitary and veterinary control on the Polish border has slowed down several times.

He cited data from the Dorogusk checkpoint as an example. If until February 24, the Polish phytosanitary and veterinary services received about 80 trucks per day, then in the last days of August from 12 to 25 trucks.

"This is not just a drop in the speed of services. This is a disaster! People live at the border for a week or more. And this happens precisely when our commodity producers are practically cut off from sea and air traffic, and the lion's share of our goods travels on roads," the deputy minister said.

Earlier it was reported that pilot projects will continue at checkpoints on the Ukrainian-Polish border from September 1 to September 31, which provide for changes in the organization of vehicle traffic.