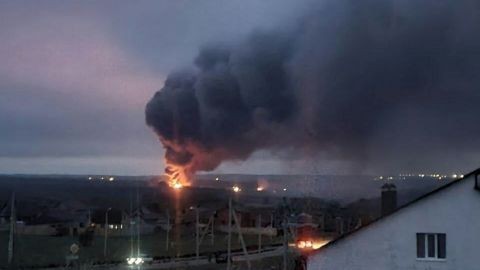 Explosions at military installations in the rear of the Russian Federation illustrate the ineffectiveness of Russian air defense and sharpen criticism that the Kremlin cannot defend its territory. On Thursday, December 29, writes the Institute for the Study of War (ISW).

At the same time, analysts pointed out that the explosions at the military airfield are not the first episode in the military confrontation with Ukraine..

"It is becoming increasingly clear that Russia is not capable of countering airborne threats deep within its territory," the ISW said.

Experts suggest that repeated explosions at a military facility will increase criticism of the Kremlin from the pro-war society.

The report indicates that some bloggers have already begun to question the veracity of the reports of the Ministry of Defense of the Russian Federation.