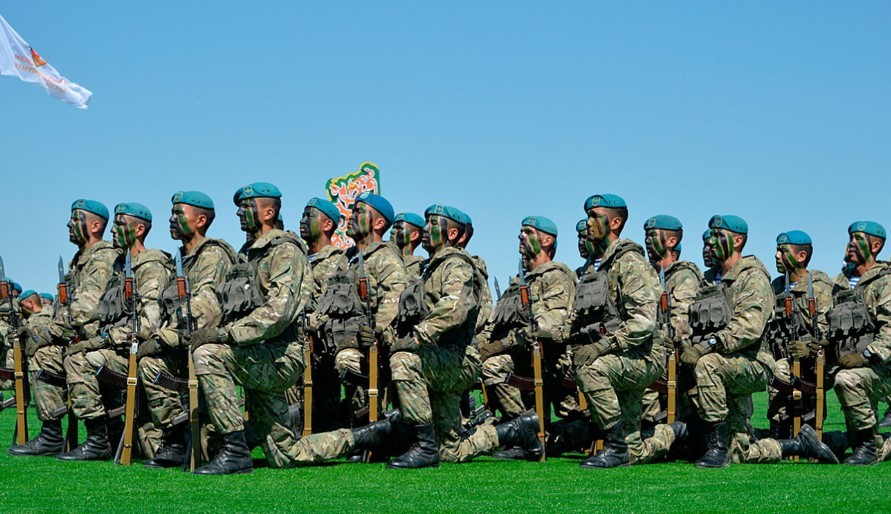 The Kazakh authorities have decided to allocate an additional 441 billion tenge, or $918 million, for defense. The total military budget of the country ($1.7 billion last year) will thus increase by almost 1.5 times.
Part of the funds will be used to strengthen the country's defense reserves, a Kazakh official told The Wall Street Journal.
According to him, the authorities have learned from the fierce resistance of Ukraine and see the need to reform the army to make it more mobile and prepared for a “hybrid war”, which can include both direct hostilities and cyber attacks, disinformation and interference in elections.

Russian ambitions in the former Soviet Union are causing growing fear, another senior official in the Central Asian country told the WSJ. “It’s one thing when they (the Kremlin – ed.) have Ukraine, Eastern Europe and many others to attack. Imagine if Ukraine did not exist? he asks. “Then we would be next?”

Forced to balance on a fine line between aggressive Russia, the West and China, President Kassym-Jomart Tokayev looks for allies and finds them. In April, Chinese Defense Minister Wei Fenghe visited Kazakhstan, and as a result of his visit, an agreement was reached on strengthening military cooperation between the two countries. In May, Tokayev traveled to Ankara, where an agreement was signed on the production of Turkish drones.. Having become a "nightmare" for the pro-Russian PMCs in Libya, the Armenian army in Karabakh, and then adopted by the Armed Forces of Ukraine, "bayraktars" will be produced at a joint venture in Kazakhstan.

Enlisting Chinese and Turkish support, Tokayev shocked the Russian public in June with a statement about the non-recognition of the "DNR" and "LNR", made on the same stage with Vladimir Putin as part of the St. Petersburg International Economic Forum. Russia responded by suspending exports of Kazakh oil through the port of Novorossiysk, which was quickly canceled after Kazakh authorities threatened to block parallel imports through their customs posts.

Russia's war with Ukraine has emboldened China and Turkey, who see an opportunity to reduce Russian dominance in the region, says Andrey Grozin, head of the Central Asia and Kazakhstan department at the Institute of CIS Countries, a senior fellow at the Institute of Oriental Studies of the Russian Academy of Sciences. And the reasons are not only military: Western sanctions have practically stopped trade between Kazakhstan and Europe through Russia, and the authorities are looking for alternative channels - through the Caspian Sea, Azerbaijan and Georgia.

Weeks after the war began, Kazakhstan was visited by US officials, diplomats and the military, including Deputy Secretary of State Donald Lu and Eric Kurilla, the new head of the Pentagon's central command.. According to WSJ sources in the State Department, American diplomats called on the governments of the Central Asian republics to join the sanctions against Russia. Officials in Moscow have popped their eyes out of such initiatives, Grozin says.

While the Kremlin does not yet appear to be in trouble in Central Asia, if the Kazakh government becomes hostile, it will turn into an even greater threat than a hostile Ukraine, he warns, given the long border between the countries.