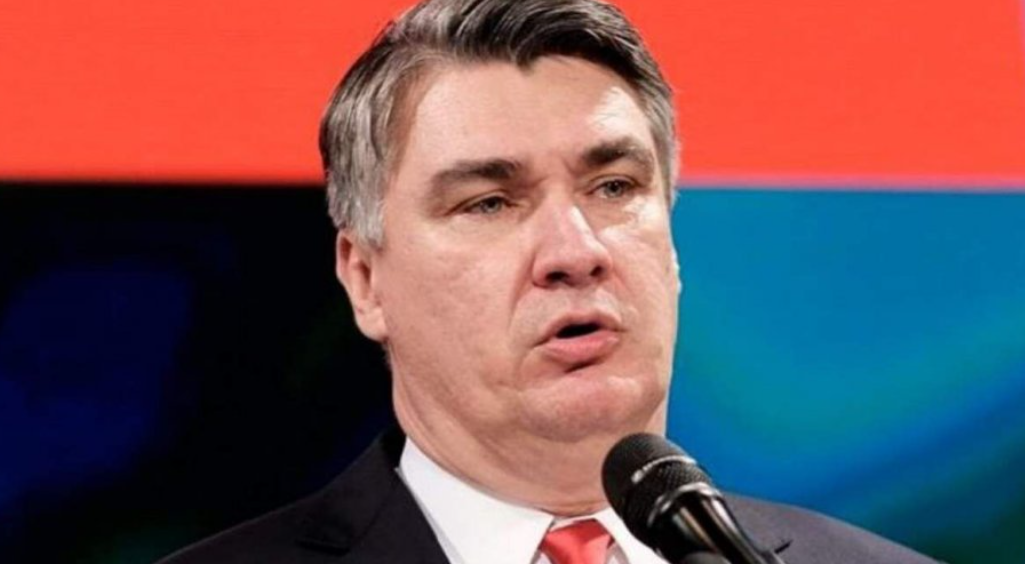 Croatian President Zoran Milanovic has blocked the participation of the country's Armed Forces in a training mission conducted by the European Union for Ukraine.

According to the publication, in his explanation, Milanovic claims that the circumstances of the participation of the Croatian military in this mission are "incomprehensible" and "unfounded."
Milanovic sees the first reason for the refusal to be that the defense minister "is not authorized by the constitution or the law" to seek prior approval from the president: allegedly only the Cabinet of Ministers, the president himself "and, possibly, the Croatian parliament can do this."

Secondly, the draft decision specifically mentions neither the activities that the Croatian military would carry out abroad, nor the actions or activities that the military of the Armed Forces of Ukraine would carry out on the territory of the Republic of Croatia, the publication explains.. The third reason is that Ukraine is not formally considered an ally of the Republic of Croatia, whose troops can arrive and come to study in Croatia, as prescribed in the Constitution and laws of the country. Milanovic insists that there is neither a legal framework nor an international agreement to organize such cooperation with the Ukrainian side.

"In order for the application of this provision of the Constitution to be at least taken into account, it must relate to: a) the armed forces of the allied countries and b) the introduction or operation of such forces in accordance with the concluded international agreements," the presidential office said in a statement.

Training mission for Ukrainian military personnel - the largest EU military mission. It is expected that about 20 countries will take part in it.. The decision to create a training mission for 15,000 military personnel from Ukraine was already taken by the foreign ministers on 17 October. The mission is headquartered in Poland and Germany, which run large training programs for Ukrainians. From non-EU countries, the training was also organized by the UK. Hungary was the only country that abstained from this decision, so it will not participate or fund the mission. Austria will support the mission, but will not actively participate in it.