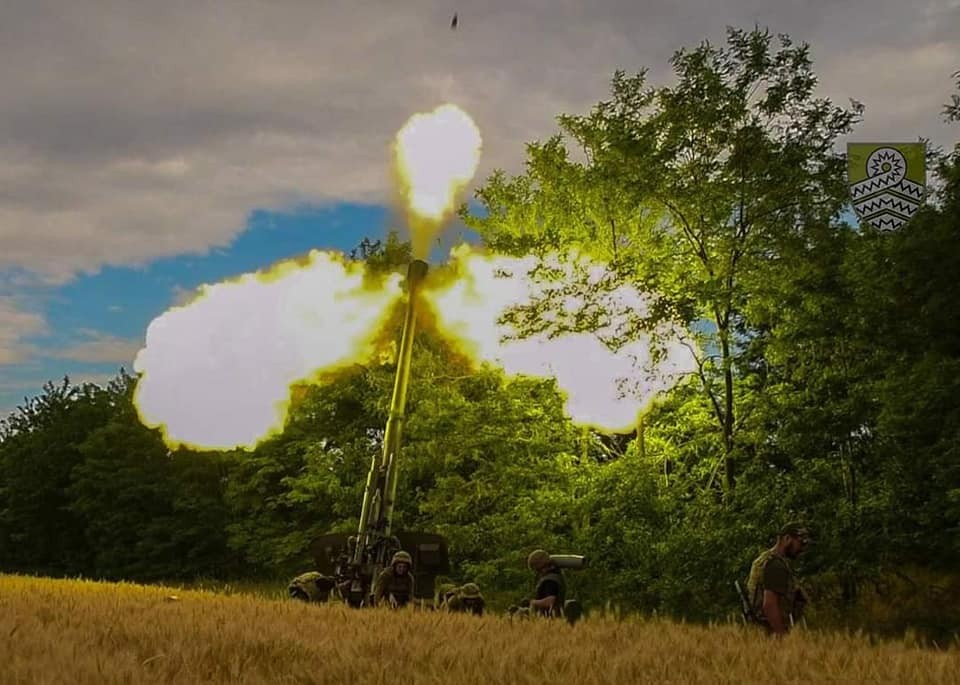 According to the information of the General Staff of the Armed Forces of Ukraine, as of the morning of June 30, in the Kharkiv direction, the enemy continues to defend the previously occupied positions. He carried out shelling from tanks, mortars, cannon and rocket artillery in the areas of the city of Kharkov, the settlements of Pitomnik, Ukrainka, Pobeda, Dementievka, Prudyanka, Korobochkino and Rubizhne.
The defenders resolutely suppressed the attempt of enemy assault operations in the area of the settlement of Dementievka. The invaders retreated. Inflicted air strikes near Prudyanka and Upper Saltov.
🔸 In the Volyn and Polesye directions , units of the armed forces of the Republic of Belarus continue to be in the border areas of the Brest and Gomel regions. According to available information, the military commissariats of these regions are studying the possibilities of conducting covert mobilization of the population.

🔹 On the Seversky direction without any changes.

🔸 In the Slavic direction , the enemy is regrouping troops and defending. He carried out shelling from artillery of various calibers in the areas of Mazanovka, Dubrovnoye and Krasnopolye.

🔹 In the Donetsk direction , the enemy, with the support of artillery, is trying to block the city of Lisichansk and take control of the section of the Lysichansk-Bakhmut highway. Fired at civilian infrastructure in the areas of the settlements of Lisichansk, Verkhnekamenka and Seversk. Inflicted an airstrike near Volchayarka. Conducts an offensive near Verkhnekamenka and assault operations in the area of the Lisichansk oil refinery, the fighting continues.

🔸 In the Kramatorsk direction, the enemy did not conduct active hostilities, they fired at our positions from artillery.

🔹 In the Bakhmut direction , shelling was recorded near Berestovoye, Pokrovsky and Zvonovka and an air strike near Pokrovsky. The Ukrainian soldiers stopped the offensive and inflicted significant losses on the invaders in the areas of the settlements of Klinovoye and Novoluganskoye, and also repulsed the assault in the direction of the Uglegorsk TPP. In both cases, the enemy retreated.

🔸 On Avdeevsky, Kurakhovsky, Novopavlovsky and Zaporizhzhya , the enemy shelled the areas of Vodiane, Avdeevka, Maryinka, Ugledar, Poltavka, Novoukrainsky, Novoselka and Orekhov. Inflicted air strikes on our positions near Avdiivka and Shcherbakov. He tried to conduct assault operations in the Pavlovka area, but had no success, withdrew.

🔹 In the Yuzhnobuzh direction , the enemy continues to systematically shell civilian and military infrastructure and regroup troops. Inflicted rocket and air strikes in the areas of Knyazhevka, Potemkin and Bereznegovato. Conducted aerial reconnaissance. The threat of missile strikes against the region's critical infrastructure continues to persist.