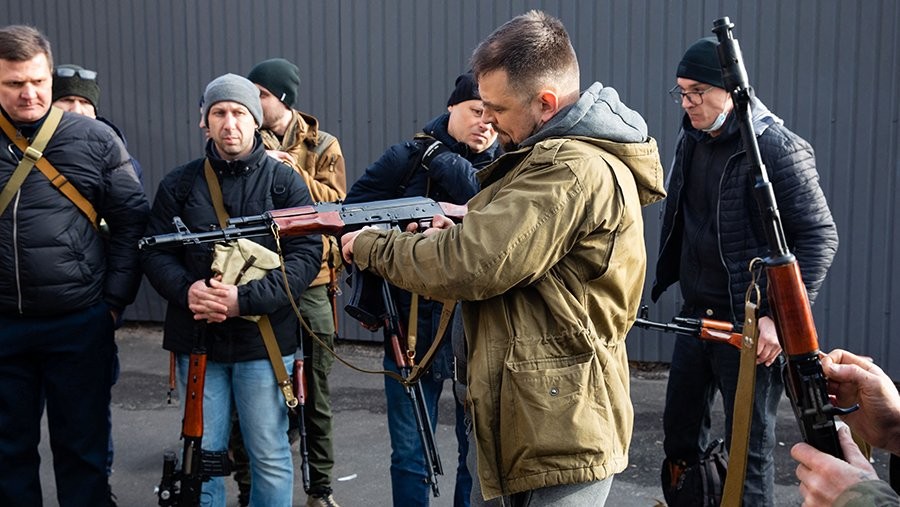 The distribution of weapons to the population at the beginning of the war became an important deterrent for both Russians and potential Ukrainian defectors.
Interior Minister Denis Monastyrsky spoke about this in an interview for the Washington Post, which is posted on the agency's website.

"Any Ukrainian mayor who thinks about treason would understand that 20 people with weapons are waiting for him outside, and that "he and his family will be the first," the minister said.

The head of the Ministry of Internal Affairs also spoke about the Russian invasion on the night of February 24.

"It was dark. The head of the Border Service of Ukraine was in touch: he said that his subordinates were fighting the Russians in three northeastern regions of Ukraine," Monastyrsky said.

The minister immediately called President Volodymyr Zelensky, telling him "it has begun."

"Given that the attacks are going on in several places at once, this is it," the minister recalls.

Monastyrsky said that in the first minutes the Russians delivered terrible blows to our air defense and to our troops as a whole.

"There were 20-meter funnels, the likes of which no one had ever seen in my life," he specified.

According to him, at that time the main question was how far the enemy could go.
The head of the Ministry of Internal Affairs also told how the president gathered his main advisers, and that then it was decided that part of the cabinet, including the heads of the police and the defense sector, would remain in Kyiv, while the rest would move to western Ukraine.

Monastyrsky added that officials were surprised to watch with border surveillance as hundreds of Russian vehicles invade Ukraine in columns that were reminiscent of World War II offensives: from Belarus to the north, from Russia to the east, from Crimea to the south.