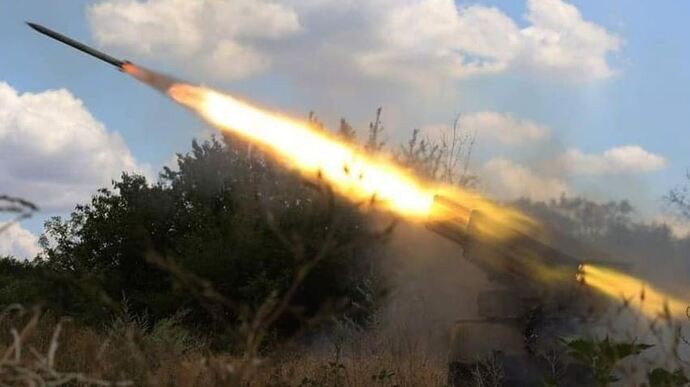 The armed forces of Ukraine repelled enemy attacks in the Slavyansk direction, in Kramatorsk, in the Ivano-Daryevka region, the defenders forced the invaders to flee.

This was announced by the General Staff of the Armed Forces of Ukraine in the evening summary.

In the Volyn and Polesye directions , restrictions on civilian visits to forests in the border regions of the Republic of Belarus with Ukraine continue. It is noted that aerial reconnaissance of UAVs of the operational-tactical level in the border areas of the Volyn region is noted.

In the Seversk direction, the enemy shelled civilian and military infrastructure in the areas of the settlements of Znob-Novgorodskoye, Khrenovka, Senkovka and a number of others. Conducted aerial reconnaissance near Znob-Novgorodsky.

In the Kharkiv direction, the enemy hit from cannon and rocket artillery, in particular near Borshcheva Sosnovka, Petrovka, Rubizhne, Mospanovoe, Chuguev, Svetlichny and Slatiny. Inflicted airstrikes near Zaliman, Mospanov and Yavorsky. Using the forces of the reconnaissance group, he tried to uncover the construction of the defense of our troops in the area of \u200b\u200bthe settlement of Chepil. The occupiers have been neutralized.

In the Slavic direction , the enemy fired from cannon, rocket artillery and tanks into the areas of Nortsovka, Dolina, Grushuvakha, Krasnopolye, Mazanovka and other settlements. Tried to advance near Bogorodichnoye, had no success, retreated.

Unsuccessfully tried to reconnoiter the positions of the defense forces in the Verkhnekamensky area.

An attempt by the occupiers to improve the tactical situation in the area of Ivano-Daryevka was successfully repelled by the Armed Forces of Ukraine and forced the enemy to flee.

In the Bakhmut direction , the enemy fired at military and civilian infrastructure in the areas of Berestovoye, Soledar, Pokrovsky, Vesela Dolina, Vershina, Kodema, Mayorsk and Toretskaya. Tsenically delivered air strikes directly on the settlements of Pokrovskoye and Novoluganskoye.

Our defenders successfully repulsed enemy assault attempts in the areas of Berestovoye, Soledar and Semigorye. There are battles with an assault group in the Pokrovsky area.

The enemy did not conduct active operations on the Avdeevsk, Novopavlovsk and Zaporozhye directions . He carried out systematic shelling of civilian and military infrastructure in the areas of the settlements of Veseloe, Sands, Krasnogorovka, Novomikhailovka, Pavlovka, Shevchenko, Bolshaya Novoselka, Novopol, Malinovka, Novoselovka, Novoandreevka, Maly Shcherbaki and a number of others.

Launched an airstrike near Malinovka. Also, the invaders conducted assault operations in the areas of the villages of Pavlovka and Blagodatnoye.. They were rebuffed and withdrew with losses.

In the Yuzhnobuzhsky direction, the main efforts of the enemy continue to focus on holding positions and preventing the advance of our units. The enemy is actively conducting UAV aerial reconnaissance and firing along the line of collision.

The enemy has a systemic problem with the replenishment of personnel - the Russian Federation is already trying to recruit mercenaries from among the citizens of Central Asian countries, representatives of remote regions and imprisoned criminals.